The cat fight between Urfi Javed and Chahatt Khanna seems to broil up each day. 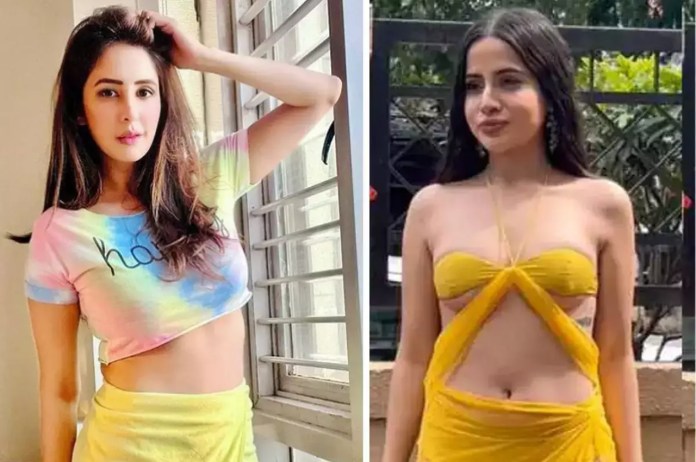 New Delhi: The cat fight between Urfi Javed and Chahatt Khanna seems to broil up each day. A few days back, the duo got engaged in a heated war of words, after which Chahatt took to her Instagram stories to take a jibe at Urfi.

Chahatt on Sunday addressed Urfi as ‘brainless’ and said that she does not deserve to be a mother or a wife. She wrote, “Without knowing the facts and jumping on news for publicity and making a fool of urself. Brainless se kya hi argument karna, akal hoti to kaam karti ya shoot karti na ke semi Nude spottings karti, chalo koi na, aap tho Aunty, biwi ya maa ke layak to ho nahi, ab dusro ko hi aunty bolke Khush hojao, Allah akal nawaze apko. #javed.”

For the unversed, Chahatt had called Uorfi’s fashion statement ‘cheap’ which, for obvious reasons, had irked the latter.

Earlier this week, Chahatt is revealed to have a connection with conman Sukesh Chandrasekhar amid the ongoing money laundering case against him. Reportedly, she is one of the four other actors who met Sukesh in Tihar jail via his associate Pinky Irani.

On Thursday, Urorfi took to her Instagram handle and shared a screenshot of the media report. “But I’m the obnoxious one for dressing up indecently and paying the media,” Uorfi wrote and signed off with a smiley face.