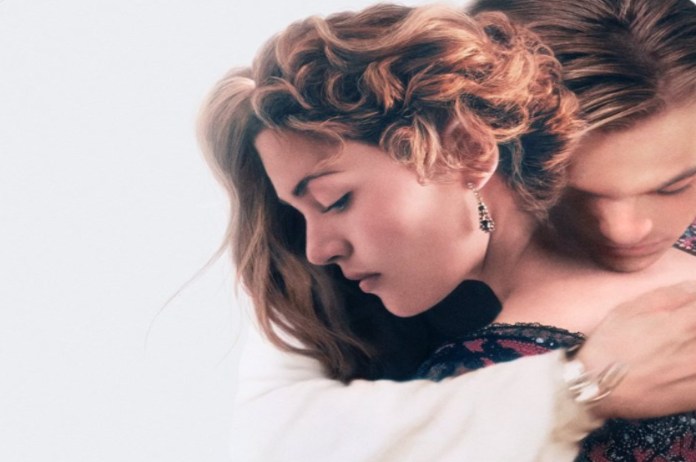 New Delhi: On the occasion of the movie’s 25th anniversary, Titanic will be re-released in theatres. A new trailer as well as a poster have been made public in advance of the release. The third-highest-earning movie of all time, Titanic was first released in 1997. It received 14 Academy Award nominations and went on to win 11 of them in 1998.

The new Titanic movie poster features Kate Winslet and Leonardo DiCaprio as star-crossed lovers Jack Dawson and Rose DeWitt Bukater (Kate Winslet). But devoted followers have seen an error that they can’t help but draw attention to. The magnificent red curls in Rose DeWitt Bukater’s hair that were draped over her shoulder in the poster confused some of the enthusiasts.

The remastered version of James Cameron’s Titanic will be made available in 3D 4K HDR with a high frame rate. The re-release of the movie will be presented in theatres on February 10th. Fans are thrilled about the new trailer that Paramount shared on social media, as they are still attempting to prevent a beauty gaffe.

Celebrate the 25th anniversary of the timeless love story this Valentine’s Day Weekend.
#Titanic returns to the big screen in remastered 4K 3D on February 10. pic.twitter.com/WcBFJJ8hBI

Taking twitter to react on the news of re – releasing Titanic, a user asked, “What happened to rose about her hair in the poster?”. Another also pointed out that and said, “why does she have two different hairstyles”.

What happened to rose about her hair in the poster?🤨 #Titanic https://t.co/ZePW68tbUY

“She was getting a perm then the iceberg hit?”, says another user.

why does she have two different hairstyles https://t.co/HiC7jT5dax

The tragic couple’s The second meeting between Jack Dawson and Rose DeWitt Bukater will take place around Valentine’s Day.