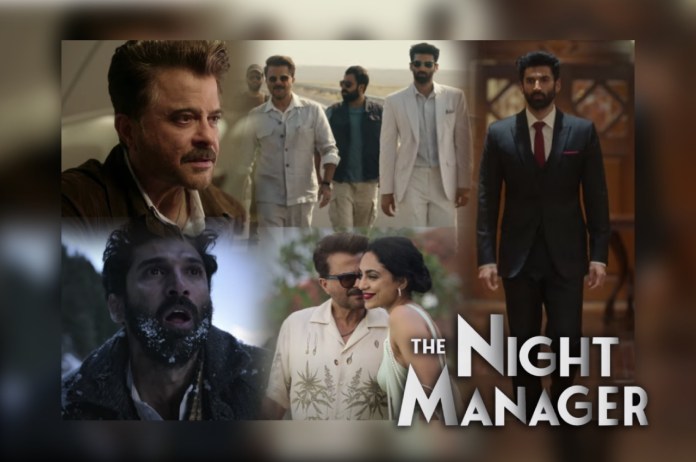 The Night Manager Trailer: Aditya Roy Kapur and Anil Kapoor are scheduled to star in the Indian remake of ‘The Night Manager,’ a British television series. The show’s trailer has been posted by Disney+ Hotstar, and the series is gaining popularity. The show, directed by Sandeep Modi, depicts a hotel employee who enters the world of weaponry and ammunition. The plot of the film revolves around an arms deal.

Anil Kapoor adds in the trailer that the war is a great sight, especially for those who don’t fight but make others fight. Aditya Roy Kapur, who plays a night manager, enters the realm of arms trade as a spy in the trailer. As Shaan (Aditya) gets closer to the guns dealer played by Anil, a struggle of intellect, might, and intelligence ensues.

As one would expect from a high-voltage thriller, there is plenty of action and explosions. The show delves into the issues of love and treachery. Tillotama Shome, Sobhita Dhulipala, Saswata Chatterjee, and Ravi Behl also appear in the show. The web series will premiere on the OTT platform Disney+ Hotstar on February 17.

The popular British series ‘The Night Manager,’ is based on the novel of the same name.

Apart from the online show, Aditya Roy Kapur will be seen in ‘Metro…In Dino’ and the ‘Thadam’ remake, while Anil Kapoor is working on Sandeep Vanga Reddy’s ‘Animal’.