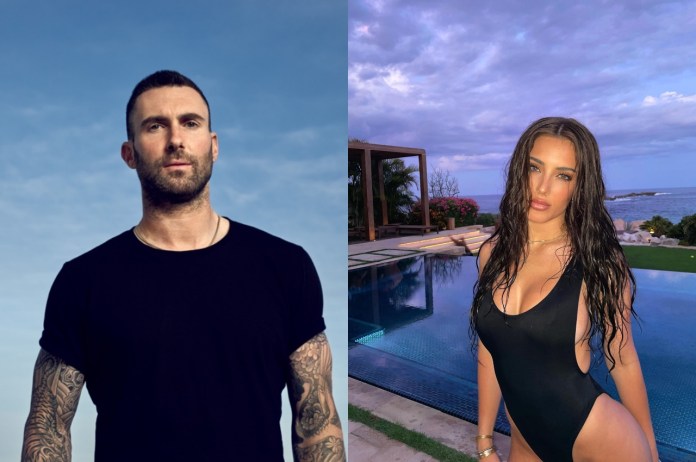 New Delhi: Maroon 5 frontrunner Adam Levine has been making headlines after the he was accused of cheating on his wife Behati Prinsloo by Tiktoker and model Sumner Stroh. The singer took to his Instagram space and denied cheating on his wife but maintained that he “crossed a line” after Stroh’ TikTok went viral on the web. After Levine’s reaction, the Tiktoker took to her Instagram stories to throw shade at the singer with a cryptic post.

After Stroh’s TikTok video about Levine went viral, the singer was quick to release a statement on his Instagram account. While Stroh had alleged that the singer was in a relationship with him for over a year, Levine dendied denied cheating on his wife, implying he only ‘crossed the line’. This did not go well with Stroh who took to her Instagram stories and wrote, “someone get this man a dictionary”. 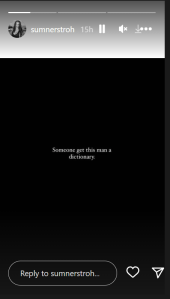 Sumner Stroh shared a TikTok video revealing her relationship with Adam Levine in which she said she was young and naive and was exploited by the singer. In a TikTok video, she also apologized to Adam Levine’s wife Behati Prinsloo and said, “I’m not the one getting hurt in this. It’s Behati and her children. And for that, I’m so, so sorry.”

For the unversed, Adam and Behati tied the knot in 2014 and are also parents to two daughters, Dusty and Gio. Just few days ago, the couple announced their third pregnancy.

Clearing air around the rumours, Adam Leving earlier today took to Instagram and shared a statement.

“A lot is being said about me right now and I want to clear the air. I used poor judgment in speaking with anyone other than my wife in ANY kind of flirtatious manner. I did not have an affair, nevertheless, I crossed the line during a regrettable period in my life,” he wrote on his Instagram story.

“In certain instances it became inappropriate; I have addressed that and taken proactive steps to remedy this with my family. My wife and my family is all I care about in this world,” he continued. “To be this naive and stupid enough to risk the only thing that truly matters to me was the greatest mistake I could ever make. I will never make it again. I take full responsibility. We will get through it. And we will get through it together,” he added.