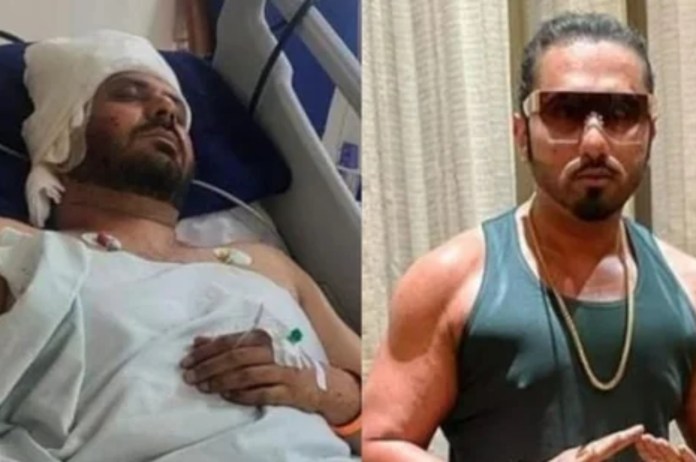 New Delhi: Punjabi musician Alfaaz was hurt on Saturday and was taken to a private hospital in Mohali, Punjab. Rapper Yo Yo Honey Singh announced on Instagram on Sunday that Alfaz, who had sustained many injuries, is now “out of danger.” As Honey Singh praised the Mohali Police for apprehending the offenders, he revealed that Alfaaz had been struck by a tempo.

“Special thanks to Mohali police, who caught the culprits, who hit Alfaaz with a tempo traveller on road last night. Alfaaz is now out of danger too,” Honey Singh wrote on Instagram Stories. On the Banur Landran highway outside of Pal Dabha, Alfaaz was struck by a speeding car as he was standing by the side of the road and sustained injuries. Vicky, the accused, was detained by Mohali police on Sunday. Vicky is a resident of Raipur Rani, Panchkula, Haryana. News agency ANI said that the singer is safe.

The car that struck Alfaz was being driven by a former dhaba employee who was attempting to leave with it due to a financial disagreement with the restaurant’s owner, according to a story in the Hindustan Times. The musician was brought to Fortis Hospital in Phase 8 of Mohali with several head, arm, and leg injuries, but is presently in stable condition.

the relevant sections will be added to the FIR. The singer is undergoing treatment at the private hospital with head injuries. His statement has been recorded.

SP City Akashdeep Aulakh said, “A case has been registered. The tempo has been seized and further investigation is on.”