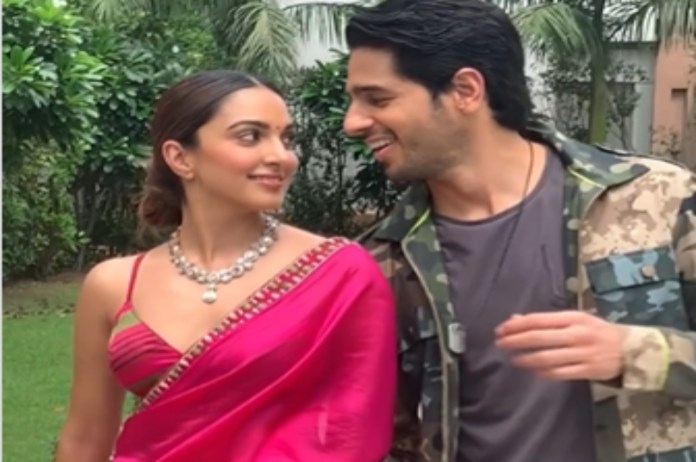 New Delhi: The marriage of Shershaah stars Sidharth Malhotra and Kiara Advani has been the subject of numerous online rumours. According to rumours, the couple will get married in the first week of February in a lavish Punjabi ceremony. The Internet is constantly being updated with new information regarding their impending nuptials, but neither Sidharth nor Kiara have commented or verified it.

Both Kiara and Sidharth keep their relationships low-key and secretive, and despite frequently being photographed together, neither has ever explicitly admitted that they are dating. After much speculation regarding Sidharth and Kiara’s planned wedding, Sidharth has now spoken out about the rumours.

Sidharth Malhotra was recently interviewed by GOODTiMES about his wedding getting attention and whether he has received an invitation. Nobody had invited him, according to the actor. He also acknowledged reading twice about his February wedding and having no idea it’s even happening.

Read More :-THE ROMANTICS: NETFLIX’S ORIGINAL DOCU-SERIES TO BE OUT ON THIS DATE AS TRIBUTE TO YRF

The actor said, “Mujhe nahi aaya (invitation). Kisine invite nahi kiya mujhe shaadi mein. Nobody has invited me. Twice I have read dates and all, and I was like, ‘Kamaal hai, acchha?’ I also checked for a moment ‘Am I getting married?’ I have no clue.”

The next question was whether he would be relieved or scared if one day no one wrote about him. Sidharth Malhotra responded by stating that he would prefer if the emphasis were placed on his films rather than his personal life.