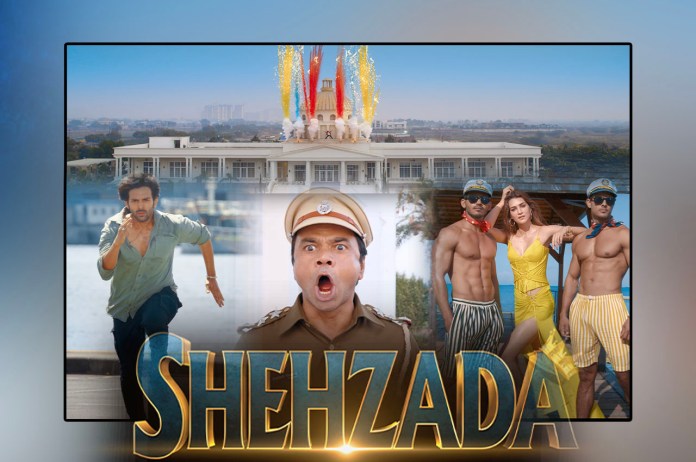 Shehzada Trailer: After teasing fans with an exciting teaser, the makers of Kartik Aaryan starrer Shehzada have released its trailer. Also featuring Kriti Sanon, the official trailer of the film is released on January 11. The movie is an official Hindi remake of the superhit South film Ala Vaikunthapurramuloo starring Allu Arjun and Pooja Hegde.

Coming to the trailer, Kartik Aaryan looks promising as an action hero. Kriti looks sassy in her classy avatars. In the Hindi version of Ala Vaikunthapurramuloo, Kartik Aaryan exudes full-on tough vibes while sporting a shirt, denim jacket, and bandana. Kartik makes references to SS Rajamouli and nepotism in the longer of the two 3-minute trailers. Additionally notable were his comedic timing with Paresh Rawal and their chemistry with Kriti Sanon. Rajpal Yadav, who makes a very unexpected appearance, will provide all the laughter you require in the role of a police officer.

The fans are eagerly waiting to see the Bhool Bhulaiya 2 actor spreading his charm along with Kriti Sanon.

Meanwhile, the trailer will be commemorated on a big scale never seen before, with three consecutive days of events in India’s most dynamic cities.

Following the release of the trailer on January 12th in Mumbai, Shehzada and Kriti Sanon will celebrate Lohri on January 13th in Jalandhar, Punjab. Furthermore, the actors will attend the Kite Festival Makar Sankranti in the magnificent Rann of Kutch, India’s white desert, on January 14th, making it a one-of-a-kind trailer launch.

Makers of Shehzada said, “With so much love pouring in from the audiences from all over India; we had to make the trailer launch a larger than life celebration. The entire team is more excited than the audience to finally show their hardwork. This unique 3 day celebration is a way of thanking our audience for the constant love & support.”