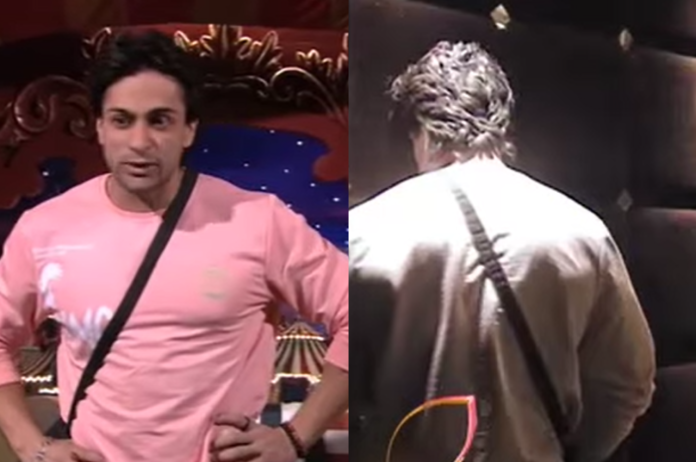 New Delhi: Shalin Bhanot appears to have finally succumbed. In the forthcoming episode of Bigg Boss 16, the actor can be seen screaming his fury in the house’s confession room. In the new show promo, he loses his temper, shouts, and even slams his head against the wall. In addition, he displays a wish to leave the house. For those who are unaware, Shalin has been having heated debates with Tina Datta and Priyanka Chahar Choudhary for the last several days.

Shalin Bhanot is shown seated inside the confession room in the trailer. “Is this room soundproof?” he inquires of Bigg Boss. When Bigg Boss says ‘yes,’ Shalin shouts something muffled in the video. “There are some things,” he continues. In this house, there is no one to chat to. It’s ridiculous. It’s ludicrous. Yes, yeh ghar kaat rahi hai. Daud raha hai kaatne ko. I’m having a nervous breakdown right now. This is impossible. Please remove me from the grid.” Shalin then smacks his forehead against the padded wall.

Meanwhile, Tina Datta made some surprising claims against Shalin Bhanot in the January 19 episode of Bigg Boss 16. Shalin tried to contact her and meet her multiple times when they were originally selected as Bigg Boss 16 participants, according to the actress. Outside the house, she alleged, he wanted to establish a team with her.

Tina also accused Gautam Vig of meeting Shalin before BB began, which is why they referred to each other as brothers on Day 1.

Tina tells Priyanka, “Do you know the funny part, why he (Shalin) tries to silence me? When he got to know that I am a part of the show and got to know we have a common friends. Shalin called one of my mutual friends before coming here and asked him to set a meeting with me. Shalin said he wants to be a team. He can never back out, there are proofs. He also met Gautam outside. How do you think they became so thick and were calling each other brothers from day 1.”