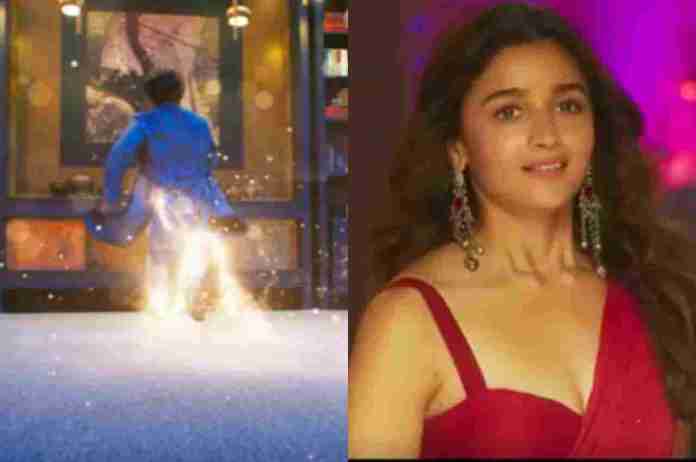 New Delhi: Brahmastra: Part One, starring Alia Bhatt and Ranbir Kapoor One of the most anticipated films of the year is Shiva. Amitabh Bachchan, Mouni Roy, and Nagarjuna also play pivotal roles. The movie is also Ranbir Kapoor and Alia Bhatt’s first collaborative project. The film directed by Ayan Mukerji will release in September 9, 2022, in Tamil, Telugu, Kannada, and Malayalam.

Shah Rukh Khan’s role in Brahmastra has been talked about for months now, but it has been confirmed for the first time. The Kuch Kuch Hota Hai actor will be playing the role of Vanar Astra in the film. Taking to her Twitter handle, Alia wrote: “8 DAYS TO GO! Brahmāstra releasing 09.09.2022.” However, King Khan’s face is not quite seen in the promo video. Recently, Mouni, who is playing an antagonist confirmed SRK’s cameo and told Bollywood Hungama that he will be making a guest appearance in Brahmastra.

The movie is being presented in all four languages by director SS Rajamouli. The voice of Chiranjeevi can be heard in the Brahmastra trailer in Telugu. Star Studios, Dharma Productions, Prime Focus, and Starlight Pictures are the sponsors of the movie. As the first instalment of a trilogy that will make up the Astraverse, the movie is meant to serve that role.

Also Read :- Pralhad on YouTube is a must watch short film that will inspire you to do better in life

Undoubtedly one of the most expensive Indian movies to date is Brahmastra: Part One – Shiva. The movie was delayed by several years after its announcement in July 2014. Locations where it was filmed include Varanasi, Edinburgh, London, and New York.

Meanwhile, it has also been rumoured that Deepika Padukone and Ranveer Singh will also play important roles in Brahmastra 2.