Selfiee trailer out: Akshay Kumar, Emraan’s story is about superstar Vs superfan 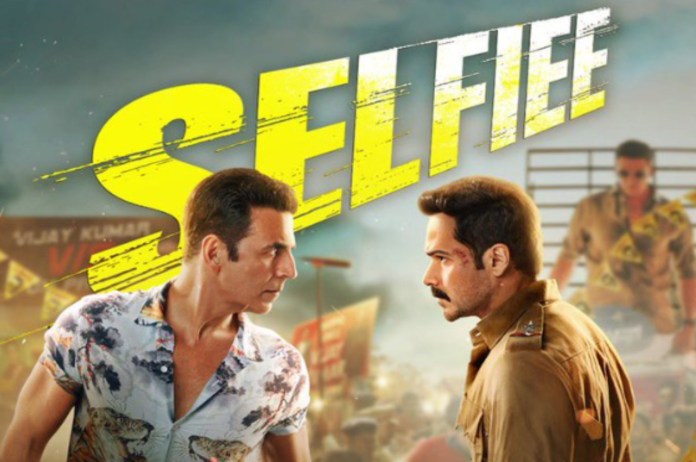 Selfiee trailer out: The makers of Akshay Kumar and Emraan Hashmi starrer Selfiee have unveiled its trailer on January 22.  The film, titled Selfiee, marks the first appearance of Akshay and Emraan on the big screen. The film, directed by Raj Mehta is all set to hit the theatres on February 24. Selfiee also stars Diana Penty, and Nushratt Bharuccha as the lead females.

Coming to the trailer, it depicts a story between a superstar and his superfan. The video begins with Emraan Hashmi, Om Prakash Agarwal, a small police constable in the film. He happens to be a superfan of Vijay Kumar, a superstar (played by Akshay Kumar). Emraan and his son want to get a selfie from their superhero. Now Akshay Kumar as superstar Vijay loves driving but has no driving license. The story takes a dramatic turn from here when getting a license becomes the sole cause of war between Emraan and Akshay.

Yesterday, announcing the trailer release, Emraan Hashmi took to his Twitter handle and wrote, “Trailer alert! Get ready for the first look at ‘Selfiee’ trailer- launching this afternoon. Set your reminders now.”

Trailer alert! Get ready for the first look at 'Selfiee' trailer- launching this afternoon. Set your reminders nowhttps://t.co/MKWGHprujQ pic.twitter.com/Zth1wRbE08

It is to be mentioned that Selfiee is a Hindi version of Prithviraj Sukumaran and Suraj Venjaramoodu’s 2019 Malayalam comedy Driving Licence. In the remake, Akshay and Emraan will reprise their roles. Raj Mehta was appointed project manager. The late Aruna Bhatia, Hiroo Yash Johar, Supriya Menon, Karan Johar, Prithviraj Sukumaran, Apoorva Mehta, and Listin Stephen produced it.