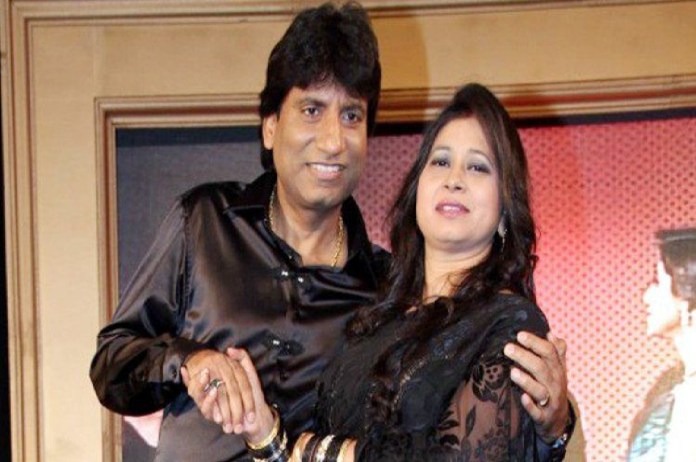 New Delhi: ‘Gajodhar Bhaiya’ aka Raju Srivastava, who has proved his spirit in the industry with comedy, is no longer with us. The comedy star took his last breath at Delhi’s AIIMS Hospital today (September 21). The star who made everyone laugh today made everyone cry. The comedy star’s love story is not less than a filmy scene.

The real name of comedian Raju Srivastava is Satya Prakash Srivastava. Raju was born on December 25, 1963 in Babupurwa, Kanpur. During an interview, he revealed that he had seen Shikha for the first time at his brother’s wedding, and at the first sight he fall in love with her. He had made up his mind to marry Shikha at the same time.

Continuing his point, Raju told that he also became a detective in love with Shikha, and after investigating her, it was found that she is the daughter of his sister-in-law’s uncle. Not only this, but he also finds out that Shikha is a resident of Itawa. From then onwards their love story started. To impress Shikha, he often started going to Itawa with some excuse but even after going there, he could never summon the courage to talk to her.

Expressed after 12 years of waiting

In 1982, he went to Mumbai to try his luck in the film industry, where he worked hard for many years, and when he stood on his feet, he thought that now I should get married. Although despite living in Mumbai, he used to send letters to Shikha’s house, but could never openly speak to her. He told that he always used to find out about things that Shikha’s family members had not fixed her marriage, but Shikha never spoke openly about it.

Eventually, through his family members, he brought the matter of relationship to Shikha’s house, after which Shikha’s brother went to Mumbai to meet him. After this, both of them tied the knot on May 17, 1993, and had two children Aayushmaan Srivastava and Antra Srivastav.

On August 9, he suffered a heart attack in the gym, after which he was taken to the hospital. Today, the comedy star took his last breath.