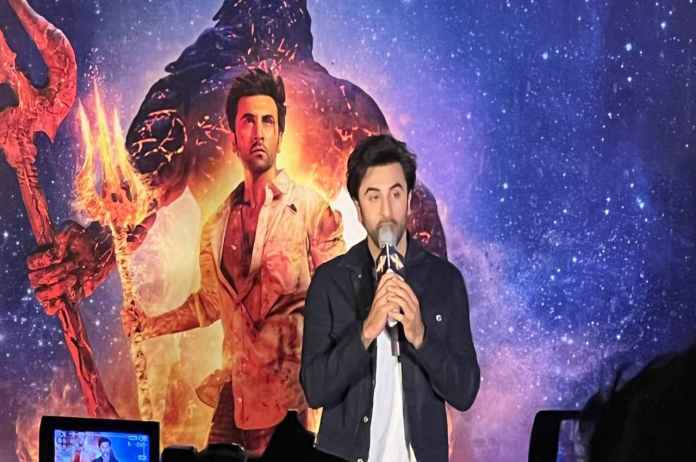 New Delhi: Ranbir Kapoor is on a promotional spree as Brahmastra is all set to hit the theatres on September 9. Alia Bhatt and Ranbir, along with director Ayan Mukerji went all out promoting the film on social media as well.

As the pre-release event in Hyderabad had to be cancelled due to security reasons, a presser was later organised. The event was graced by Ranbir, Alia, Mouni Roy, SS Rajamouli, Jr. NTR and others.

A lot of highlights were shared related to the film, but what caught our eyes was when Ranbir spoke in Telegu about Brahmastra.

Ranbir impressed one and all with his Telegu speech. The actor spoke in Telugu about how Brahmastra is the biggest film of his career. He also said that he will improve his Telugu by the time the next part of Brahmastra releases.

Alia Bhatt said that Ranbir took three days to learn what he said and his effort is incredible. SS Rajamouli hugged Ranbir Kapoor after his short Telugu speech.

Another highlight of the presser was Alia Bhatt’s singing. The actress sings the Telegu version of Kesariya, which impressed the Hyderabadi press and media.

Brahmastra is all set to release on September 9. It will be released in all four languages by SS Rajamouli. Apart from Ranbir and Alia, the movie also features Amitabh Bachchan, Mouni Roy and Nagarjuna in pivotal roles.

The movie will also see Shah Rukh Khan in a cameo role. He will be portraying the role of Vanar Astra.