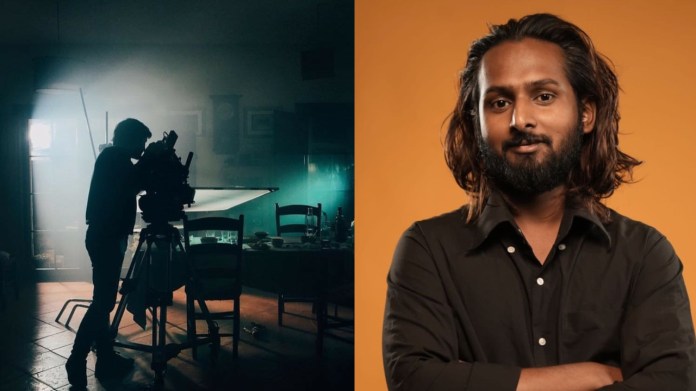 We should always continue exploring new paths and setting new goals! Isn’t that the true meaning of growth? And guess who’s living by this notion? The renowned director, Rahul Gupta! Already known for helming multiple music videos and web series like Beer Boys and Vodka Girls, the director has embarked on a new journey by being a producer and laying the foundation of Saneemawala.

Yes, you read it right! While the netizens are still in awe of his upcoming series, Made For Each Other, Rahul Gupta has announced the launch of his production house, “Saneemawala.” Moreover, this super exciting series will be its first product. And now, we are already very excited to know what else this production house has in its cart!

Speaking about this new venture, the director, Rahul Gupta, went all gushy. He said, “It’s been a beautiful journey creating such amazing stories on screen. I’m extremely enthusiastic to bring my other facet to the audience. By God’s grace and the constant support of people around me, I’ve risen to this level. And now I’m very eager to create amusing projects under the banner of Saneemawala.

We wish Rahul Gupta and Saneemawala all the very best for this new journey ahead! Do keep your eyes peeled to get the latest updates and news on it. Speaking of Rahul Gupta’s upcoming web series “Made For Each Other,” it stars Sambhav Jain, Raghvika Kholi, Pratibha Phogat, and many others. The music in the series is given by Ved Sharma, and the singers of the series include Ankit Tiwari and Mohammad Danish. Produced by Pawan Chawla and co-produced by Rahul Gupta, it will be released on a leading OTT platform under the banner of Saneemawala.

Besides this series, Rahul Gupta has also directed his first international music video, Payroll. Sung by Rika and Karnium, the music video will be released under the banner of Warner Music India. Rahul Gupta is also working on a web film titled “Chill Bro” and a yet-untitled horror film