Pushpa 2: Rashmika Mandanna clears she is not replaced from the film 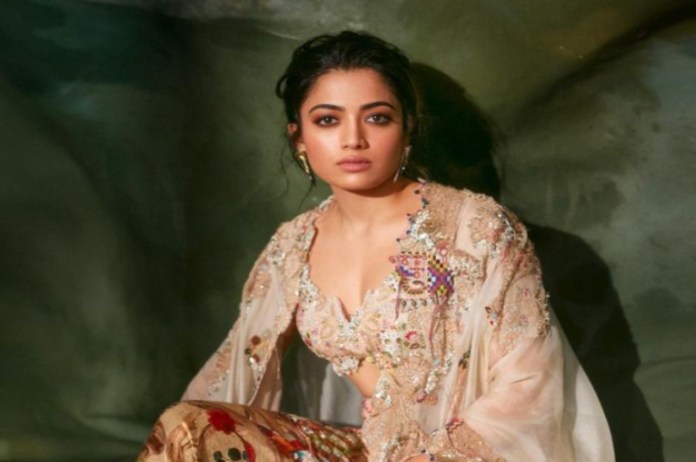 New Delhi: Rashmika Mandanna’s supporters are devastated by recent speculations that Sai Pallavi may take Rashmika Mandanna’s position in Pushpa 2. Surprisingly, Rashmika confirmed her involvement in Pushpa 2 in an Ask Me Anything session on Instagram Story on Monday. When a fan asked her for an update on her upcoming film, the diva scribbled down the titles of the movies that will be released in 2023.

In order to make it apparent that the rumours about her replacement in Pushpa 2 were untrue, she highlighted Animal, Mission Majnu, Varisu, and Pushpa 2.  “4 and many more surprises coming your way,” she further wrote.

Rashmika Mandanna not replaced in Pushpa 2 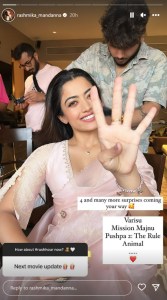 On December 17, 2021, Pushpa: The Rise, an action comedy directed by Sukumar, opened in theatres. The movie, in which Allu Arjun plays the lead part, received a lot of positive reviews. A character in the movie was Fahadh Faasil.

At the box office, the movie was deemed a smash hit, and now Allu’s fans are impatiently awaiting the sequel. Pushpa: The Rule has yet to have its official release date announced.

Meanwhile, Allu Arjun’s Pushpa: The Rule has began its shooting as the makers have shared the first glimpse from the sets of the movie. Taking to her Twitter handle, Rashmika Mandanna, who will also feature as the female lead, shared the glimpse. Sharing the picture, she tweeted, “look at thaaaaat! it’s starting y’all.”

After the buzz that Allu Arjun’s Pushpa 2 Mahurat announcement had created, netizens were excited to know when the superstar will commence the shoot of it. The madness amongst the audience was so much that several songs, scenes, and monologues started to trend on social media. Kids wanted to dance on Puspa’s Saami Saami & Srivalli, and adults enacted Allu’s walk and style. With excitement at its peak, the announcement for the sequel came like a bang.