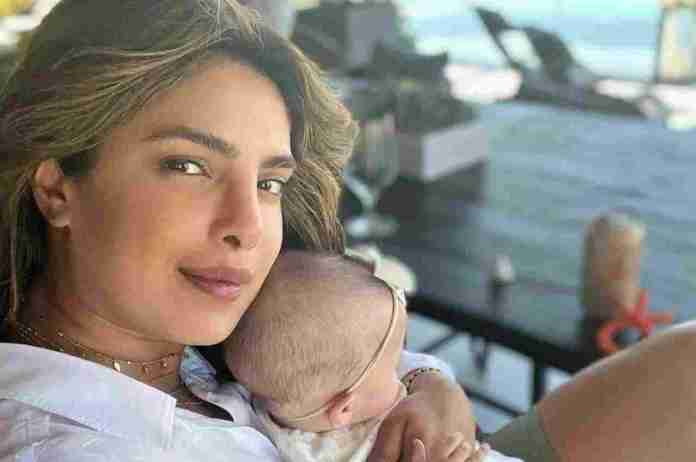 New Delhi: Actress Priyanka Chopra does not require an introduction. In addition to having a sizable fan base, Priyanka has carved out a place for herself in both Bollywood and Hollywood. She is not only a gifted actress but also a loving mother to Malti Marie Chopra Jonas. Ever since she and her husband, American pop star Nick Jonas, decided to become parents, she has been giving her fans and followers glimpses of her daughter.

Priyanka recently shared a new photo of her and Malti on her Instagram story. The actress added a red heart emoji and the caption “My whole” to the image. PeeCee looked at her daughter adoringly and couldn’t help but smile. The actress wore an olive-green pair of shorts and a white shirt. While Malti had a hairband in her hair and was dressed in a white dress. Priyanka withheld Malti’s face, though. 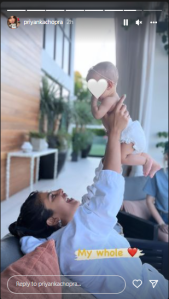 Malti’s photos have been frequently shared by Priyanka on social media. The middle names of Nick’s mother Denise Marie Jonas and Priyanka’s mother Madhu Malti Chopra were used to create Malti. In January of this year, Priyanka and Nick welcomed their daughter Maltie Marie Chopra Jonas into the world through surrogacy. Mother’s Day saw her return home after more than 100 days in the NICU.

Priyanka has a tonne of exciting projects coming up at work. The actress will be seen in Ending Things, It’s All Coming Back To Me. She also has Farhan Akhtar’s Bollywood film Jee Le Zaraa with Katrina Kaif and Alia Bhatt.