Priyanka Chopra, Nick Jonas Goofing Around At Friends’ Wedding Are Just The Cutest, See Inside Pics 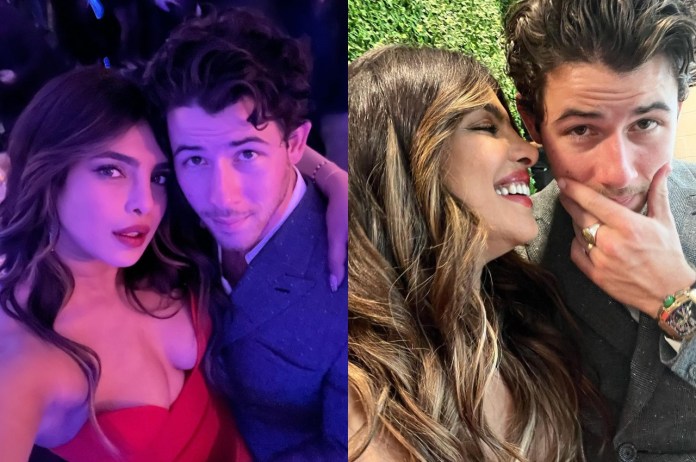 New Delhi: Priyanka Chopra has shared several stunning photos from a wedding attended by the actor and singer-husband Nick Jonas on Sunday. She looked stunning in a strapless red gown and had a great time at the party with Nick and her pals. Nick also posted a few photos with Priyanka from their trip to Texas.

Priyanka wrote for the bride and groom along with the bunch of photos on Instagram, “To witness the beautiful union of 2 wonderful people always gets me. Connie and Jesse your love is so beautiful. May you always have joy and happiness in your life. Thank you for inviting us to be a part of it. Also @tialouwho and @cavanaughjames damn! I missed you all.”

Nick Jonas also dropped a message for the newlyweds. He wrote along with few pictures with Priyanka from the day, “Congrats to Connie and Jesse on a beautiful wedding! Thank you for letting us be a part of your day.”

Currently, Priyanka is spending the most of her time with her family. She recently interviewed US Vice President Kamala Harris at the White House as Nick cared for Malti Marie Chopra Jonas.

The actor is working on a number of projects. Citadel, her first online series, has already been completed. The Russo Brothers’ film will be available on Amazon Prime Video. She also has two Hollywood projects in the works: It’s All Coming Back To Me and Ending Things. This will be followed by a Bollywood film starring Katrina Kaif and Alia Bhatt, Farhan Akhtar’s Jee Le Zaraa.