Pathaan Trailer Out: SRK, Deepika Padukone come together to fight for the Nation 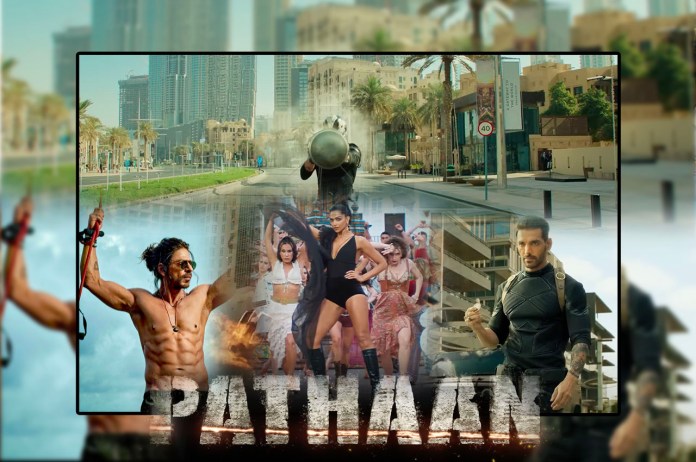 Pathaan Trailer Out: The makers of Shah Rukh Khan’s much awaited movie Pathaan have finally released its official trailer on January 10. The movie features Shah Rukh Khan, Deepika Padukone, and John Abraham in lead roles. The makers have already released two of its songs- Besharam Rang and Jhoome Jo Pathaan, which have already stirred a lot of positive and negetive buzz.

Coming to the trailer, it looks like SRK’s one of the best action thrillers till date. Deepika Padukone and SRK indulge in some high-octane action as soldiers to save the country from John Abraham, who plays the role of a terrorist. On the whole, the trailer looks promising and seems like Pathaan is something to watch for.

Meanwhile, Pathaan will be released on January 25, 2023, in Hindi, Tamil, and Telugu. The film has been shot in several locations in Mumbai, Spain as well as Dubai. The film marks Shah Rukh Khan’s comeback to the big screen after a four-year-long hiatus.

Earlier, Shah Rukh Khan shared a lot of pictures from the sets of Pathaan. Recently, he also shared a shirtless picture sitting on a couch.

The song Besharam Rang, which stars Deepika Padukone and Shah Rukh Khan, has undergone at least three revisions. There were close-ups of “buttocks, side-pose, and sensual dance movements during the words Bahut Tang Kiya,” but these have been eliminated.

The word “RAW” was changed to “Hamare,” and “Langde Lulle” was dropped in favour of “Toote Foote.”

In 13 separate locations, the words “PMO” and “PM” were changed to “President” or “Minister,” respectively.

The phrase “Ashok Chakra” was altered to “Veer Puraskar,” and the word “Mrs. Bharatmata” was changed to “Hamari Bharatmata.”

SBU was used in stead of KGB.

The word “scotch” was changed to “drink” in one of the dialogues, and a mention of Russia was also dropped.