Pathaan: Shah Rukh Khan is back with a bang, fans line up outside theatres 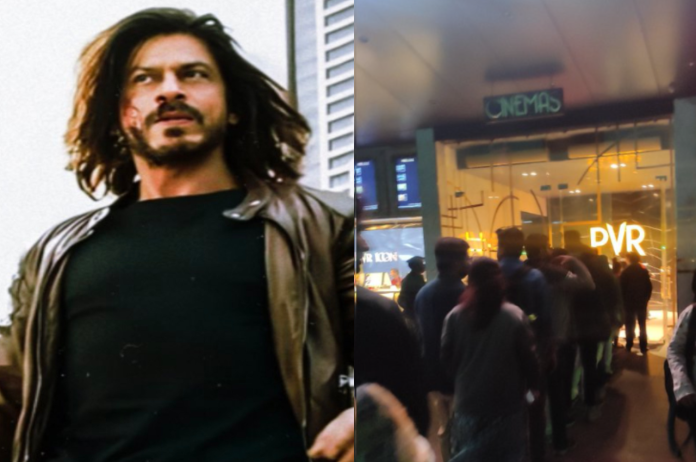 New Delhi: Shah Rukh Khan is a true legend! Only a star like him can entice people to matinée performances at 7 a.m.! Pathaan debuted in theatres today, January 25, with fans lining up outside cinemas to attend the 7 a.m. showings. Some images of the same are currently making the rounds on social media.

Fans are seen lining up outside theatres for 7 a.m. shows in a tweet published by the official Twitter handle, Shah Rukh Khan Universe Fan Club. The tweet read, “LATEST: People are already lining up at @_PVRCinemas for #Pathaan 7 AM show!!! The excitement is through the roof (sic)!!!”

LATEST: People are already lining up at @_PVRCinemas for #Pathaan 7 AM show!!! 😍💥
The excitement is through the roof!!! 🔥🔥

In another tweet from Oberoi Mall in Mumbai, fans are seen entering the movie hall at 7 am. The tweet read, “7 am show. And its 80% full. Can see family people, aunties, kids. @iamsrk is an emotion. India’s most loved star #Pathaan (sic).”

7 am show. And its 80% full. Can see family people, aunties, kids.@iamsrk is an emotion. India's most loved star ❤️❤️#Pathaan pic.twitter.com/0hqy2sTq4F

Meanwhile, there is a tremendous celebration at Bengaluru’s Cauvery Theater. For the past nine years, a fan club has been doing this. They have created SRK T-shirts, bands, face painting, cakes, and other items. Almost 1000 people turned out to see Pathaan’s First Day First Show.