Pathaan Screening: Inside pics from the star-studded event in Mumbai 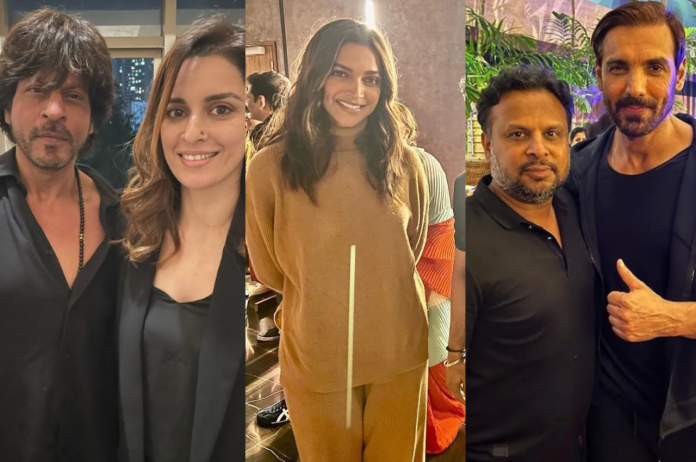 Pathaan Screening: The first major release of 2023 is now available in theatres for your viewing pleasure! Pathaan is a film starring Shah Rukh Khan, Deepika Padukone, and John Abraham. A special screening of Pathaan was hosted at the YRF studio in Mumbai on the day before the film’s theatrical premiere (January 25, 2023).

Pathaan’s cast and crew reunited at the special showing. Everyone was present at the Pathaan screening, including superstar SRK, Deepika, and John, as well as director Siddharth Anand and choreographer Vaibhavi Merchant.

John Abraham and his wife Priya Runchal were spotted at the event. The actor and his co-star SRK were twinning and looking great in all-black attire. Kumaar, the song writer, was also sighted at the Pathaan special screening. Gauri Khan, Shah Rukh’s wife, arrived at the screening in style. 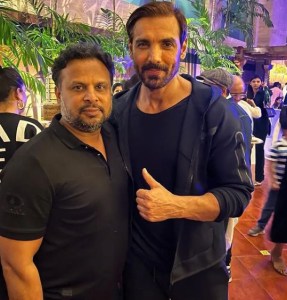 Deepika, on the other hand, looked lovely in a beige matching set. 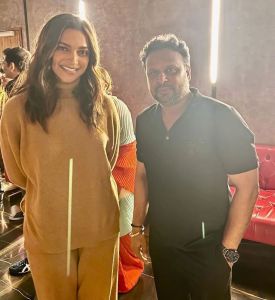 SRK looked funky in a casual all black attire along with director Siddharth Anand. 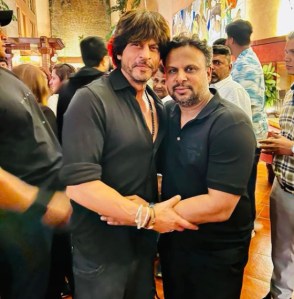