Not Camille Vasquez, Johnny Depp is dating THIS lawyer 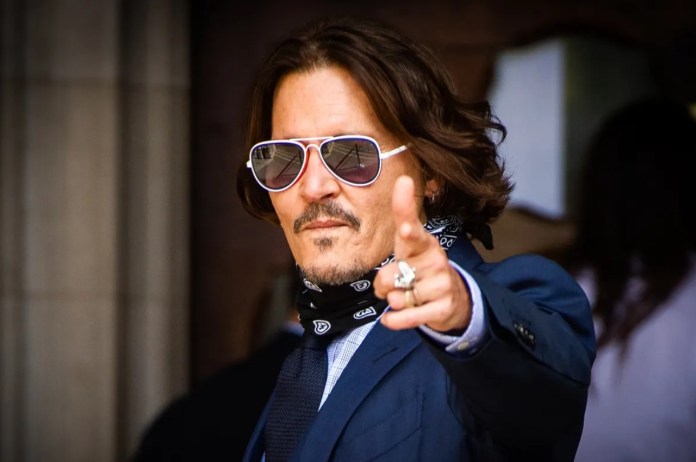 New Delhi: Johnny Depp has found love again. According to reports, the star is dating a lawyer who was a part of his legal team during his ugly court battle with former wife Amber Heard. But before you get too excited, Camille Vasquez wasn’t the one who took on the slander lawsuit. According to rumours, Depp is seeing Joelle Rich, a lawyer who represented him in the United Kingdom libel case against The Sun in 2018.

According to rumours, Rich is married but estranged from her spouse. She might not have finalised her divorce yet. She supposedly has two children of her own. According to sources, the relationship between the lawyer and the Pirates of the Caribbean is “very serious.”

Rich reportedly attended the Virginia court hearing to “assist” the actor during his lawsuit against Amber Heard, despite not being a member of the legal team in the US. She was not required to be there for work purposes. It was personal, according to the source.

Meanwhile, rumours that Depp and Vasquez were dating were rampant earlier this summer. The lawyer, however, refuted the rumours with a resounding response. She called the rumours “sexist” and said, “It’s also an unethical claim being made. Although regrettable and frustrating, it also sort of goes with the territory. I wouldn’t say that I was very surprised.

Depp had won the slander lawsuit, but he had lost the UK trial. For the benefit of the unversed, Depp sued The Sun’s publisher and executive editor in 2018 after they ran an article accusing him of abusing Amber Heard. He was also referred to be a “wife-beater.” Depp had refuted the charges. After the issue was litigated, however, the court sided with the British newspaper after hearing Amber Heard testify against Depp. On November 2, 2020, Judge Justice Nicol stated that The Sun demonstrated that the report was “substantially true.”