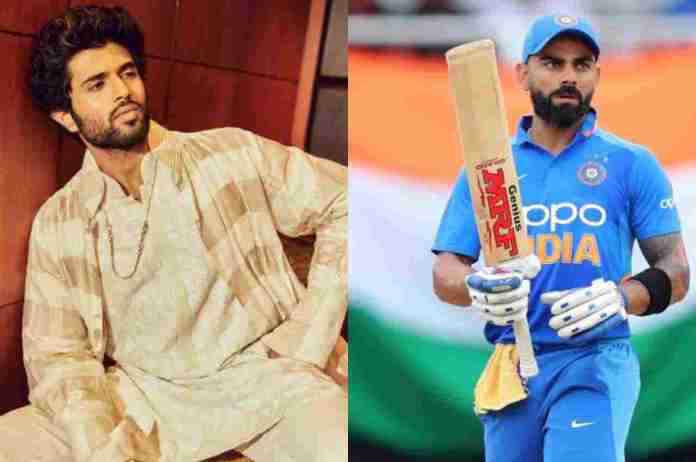 New Delhi: Vijay Deverakonda is not the one to give up. Despite Liger turning out to be a dud at the box office, the actor has managed to keep his spirit high. On Thursday, the South heartthrob travelled to Dubai to watch the much-hyped Asia Cup match between India and Pakistan. As he switched roles to serve as the match’s presenter, the actor chose a white ethnic suit. He also discussed his expectations for the match while promoting his recently released movie Liger.

During the pre-match show, Vijay Deverakonda mentioned Kohli and expressed his desire for him to score at least 50 runs.  India defeated Pakistan by 5 wickets as Kohli scored 35 off 34 balls in his historic 100th T20I appearance.

When he was asked on whom would you like to make a biopic, he replied, “Dhoni bhai biopic already did by Sushant so I’m interested to do Virat anna biopic”#VijayDeverakonda #Viratkohli #Liger pic.twitter.com/M5y38ULEys

Meanwhile, for his most recent release, Liger, Vijay Deverakonda was able to generate buzz. The actor and Ananya Panday, who played his co-star, toured the nation to promote their movie. The highly anticipated film, though it received mixed reviews from both the general public and critics, failed to impress the audience as a whole. The movie, which was directed by Puri Jagannadh, was released on August 25 in a variety of languages.

Also Read :- Koffee With Karan Season 7: Kriti Sanon had a shot at landing a role in SOTY

Vijay Deverakonda portrays a Kickboxer with a speech impediment in the movie. In Liger, Ananya Panday plays the female lead, and Ramya Krishnan and Ronit Roy both have significant roles. In Liger, Mike Tyson makes a brief appearance. The movie is being co-produced by Karan Johar’s production company Dharma Productions and Puri Connects.