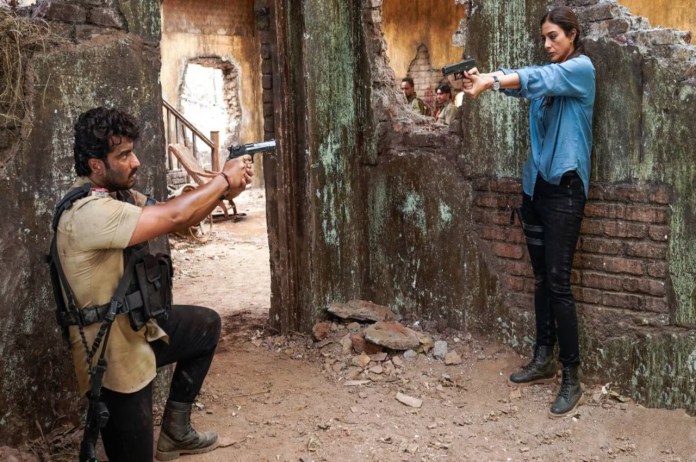 Kuttey box office collection Day 4: Arjun Kapoor, Tabu, Naseeruddin Shah, Konkona Sen Sharma, and Radhika Madan all play significant parts in Kuttey. The movie, directed by Aasmaan Bhardwaj, is struggling financially. The film has seen a decline in sales after only making a little more than one crore in each of the first three days following its release. Early projections indicate that the movie made Rs. 0.70 crores on Day 4.

At the box office, the Arjun Kapoor-starring movie made Rs 1.07 crore. The movie thereafter made Rs 1.22 crore, a minuscule increase. The film brought in Rs 1.10 crore on Sunday, bringing the opening weekend total to Rs 3.39 crore. The first Monday of the film is also not very promising. The movie took in Rs 0.70 crore despite a further decline.

The movie’s underwhelming box office performance is concerning given that South films like Varisu, Thunivu, Waltair Veerayya, and Veera Simha Reddy continue to show a steady climb. But this film is gaining popularity on social media and praised the performers’ roles in the movie for their outstanding performances. Pathaan will be the next significant Bollywood release. Shah Rukh Khan, Deepika Padukone, and John Abraham play key roles in the movie, which is directed by Siddharth Anand of War fame.