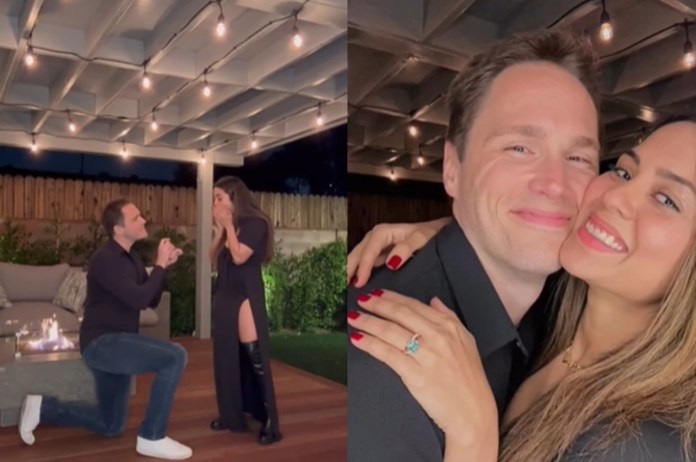 New Delhi: Do you recall young Anjali from Kuch Kuch Hota Hai? Well, the young girl is now a beautiful grown lady. Sana Saeed, who dazzled viewers with her acting prowess in the legendary blockbuster movie, is now officially engaged. The actress made this New Year extra memorable when she posted on social media about getting engaged to her boyfriend, Csaba Wagner.

Sana Saeed has appeared in several other movies and television shows in addition to Kuch Kuch Hota Hai, such as Student Of The Year, Fugly, Nach Baliye 7 and Jhalak Dikhhla Jaa. On the first day of the new year, Sana posted a video to Instagram from her trip to Los Angeles that showed some of their romantic moments. In one scene, Sana’s boyfriend got down on one knee and proposed to her, and the actress cried in shock. The other images in the video showed Sana showing off the diamond ring she was wearing while receiving a kiss from her fiance.

The actress captioned the video with a ring and heart-shaped emojis, thanking God for the lovely beginning. The cutest proposal video has Taylor Swift’s Love Story playing in the background.

Sana Saeed made her acting debut in the popular Bollywood movie Kuch Kuch Hota Hai as a young performer who achieved instant notoriety. She then participated in several productions, such as Har Dil Jo Pyar Karega and Badal. She also had guest appearances on television programmes like Lo Ho Gayi Pooja Iss Ghar Ki and Babul Ka Aangann Chootey Na. Saeed made her debut on the big screen as an adult in 2012 in a supporting part in Karan Johar’s Student Of The Year, which turned out to be a box office hit.