Kriti Sanon earns the Best Actress title; says, “The journey might be a little tougher but just believe in yourself” 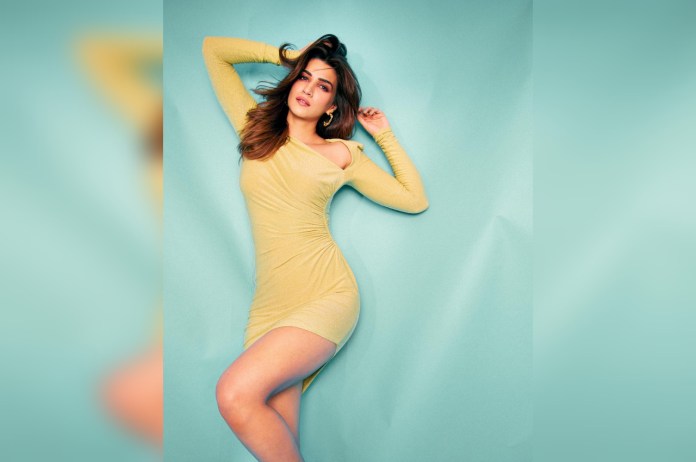 New Delhi: Kriti Sanon has been rising the ladder higher and higher with every step of the way, ever since the outsider made her stellar debut 8 years ago in Heropanti. And now, with her extremely skilled and mature performance in her recent film, Mimi, she cemented herself in the top league and has rightly won well-deserved accolades and applauds from one and all as she recently bagged her second ‘Best Actress in a Leading Role’ title of the year for the film.

In a recent award function, Kriti thanked her family and creators of the film for all their support, and an inspiring message for all dreamers like her out there talking about her journey from the Best Debut to now bagging the Best Actress title on her merit and talent.

She said, “To any boy and any girl who’s been told ki yeh bohot bada sapna hai, itne bade sapne mat dekho, pure nahi hote.. ya contacts ke bina na yaha pe kuch nahi hota hai, it doesn’t matter where you come from, it doesn’t matter who your parents are, what your surname is. It might take you a little longer, it’s taken me 8 years, it might take you a little longer, the journey might be a little tougher but just believe in yourself, keep working, keep getting better at what you do, keep learning and I promise you that you will get there, and when you do, it will be worth it because it will be your journey. So never let anyone tell you your dream is too big… so here’s to big dreams.”

The actress truly gave it her all for the film where she put on 15 kilos to play her part to the T and her dedication has paid off extremely well.

On the work front, she already has a dream lineup with a variety of massive projects like the Pan-India mythological drama, ‘Adipurush’, the horror comedy, ‘Bhediya’, the mass entertainer, ‘Shehzada’ and an out-and-out action flick, ‘Ganapath’.