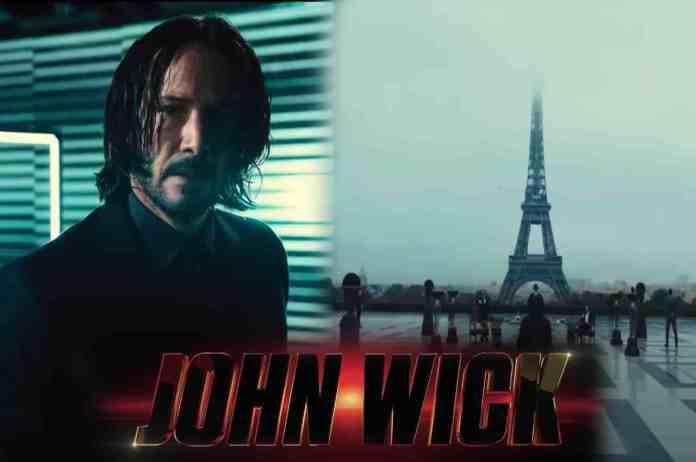 New Delhi: The wait is finally over – fans can get ready for a mega blockbuster to hit the theatres as early as 24th March 2023. Lionsgate released a sneak peek on Saturday on the return of John Wick to theatres, after 4 long years!

Wick is famous for once killing three men in a bar with just a pencil – this time around the legendary hitman John Wick is all set to maximise the adventures, experiences, and action! Lionsgate released an action-packed teaser announcing 24th March 2023 as the global theatrical release date of John Wick – Chapter 4. This much-awaited piece of news has already created a stir for fans across the world. This neo-noir action thriller film will serve as the direct sequel to 2019’s John Wick: Chapter 3 – Parabellum.

Teasing audiences on what to expect, the teaser has a line that is ought to make fans go crazy – “Are you ready, John? – “Yes” says John Wick!

Talking about the trailer and the official announcement of the John Wick – Chapter 4 release date, Gayathiri Guliani, VP, Licensing and Content Partnerships at Lionsgate said, “We are delighted to announce the global theatrical release date of John Wick – Chapter 4. Lionsgate is certain that fans across the world are celebrating this moment – it has been a long gap and the excitement has only grown. This is just the beginning – up until the release, there will be a galore of surprises that awaits all John Wick fans out there. John Wick is back in full throttle.”

Directed by Chad Stahelski, with a script co-written by Shay Hatten and Michael Finch and based on characters created by Derek Kolstad, produced by Stahelski, Basil Iwanyk and Erica Lee. Starring Keanu Reeves returning as the title character, this film is distributed by Lionsgate and produced by Thunder Road Pictures and 87North Productions. Along with Reeves and Fishburne, Ian McShane and Lance Reddick are set to return, while Bill Skarsgard, Clancy Brown, Donnie Yen, Shamier Anderson, Hiroyuki Sanada, Scott Adkins, and Rina Sawayama have all been added to the cast list.

Distributed by Lionsgate, John Wick – Chapter 4 to release across the globe in theatres near you on 24th March 2023