Kathal Teaser Out: Sanya Malhotra leads this crime-comedy based on ‘true-ish’ events 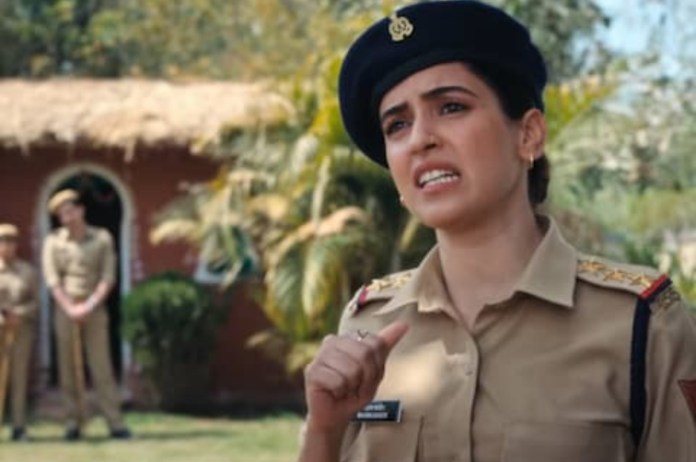 The teaser opens with Rajpal Yadav reading some hot news for a television channel in his role as a TV journalist. He starts to say something throughout the tape, but stops short and says to the camera, “Gosh, this breaking news is cracking my head.” The montage then shows Vijay Raaz in the role of a politician who calls the police to his home to report the disappearance of two priceless jackfruit that were on a tree in his garden.

A local politician’s cherished jackfruits (Kathals) go stolen in the course of this female-centric comedy, and rookie police officer Mahima, played by Sanya Malhotra, is determined to solve the mystery in order to establish her credentials.

In addition to Kathal, actress Sanya Malhotra is now filming Jawan, the Atlee-directed movie that will mark her first collaboration with Shah Rukh Khan.

Sanya is also working on Sam Bahadur, directed by Meghna Gulzar, alongside Vicky Kaushal and Fatima Sana Shaikh. She is also set to star in Hindi remake of critically acclaimed Malayalam film The Great India Kitchen.