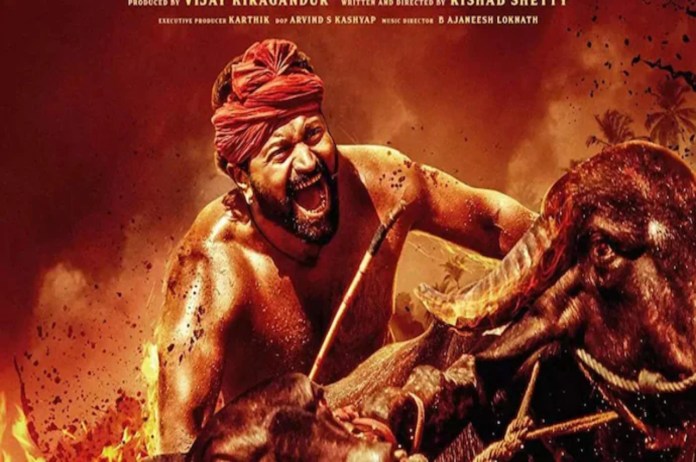 New Delhi: The box office journey of Kantara has been rather intriguing. On Day 1 of release in the Hindi market, the movie brought in Rs 1.27 crore net. For Rishab Shetty’s movie, there was no turning back after that. On September 30, the Kannada film Kantara was released in theatres. Despite competition over the Diwali weekend, the Hindi version of the film, which debuted on October 14, is still gaining ground. At the box office, Kantara Hindi surpassed the Rs 20-crore barrier on Day 10.

Despite Diwali, the movie made even good figures on Sunday, October 23.

According to sources, Kantara in Hindi may soon surpass Rs 15 crore at the box office. The movie is anticipated to run for a lengthier period of time in theatres despite competition from Monster, Sardar, and Prince. In addition, Kantara earned the top spot on IMDb’s list of the 250 most popular movies currently being made in India. However, the Kannada version of the movie has already surpassed the $100 million mark!

This action thriller film is written, directed and acted by Rishab Shetty. The story revolves around the conflict between man and nature.

Achyuth Kumar, Sapthami Gowda, Pramod Shetty and Kishore were seen in supporting roles. The film is produced by Vijay Kiragandur under Hombale Films.