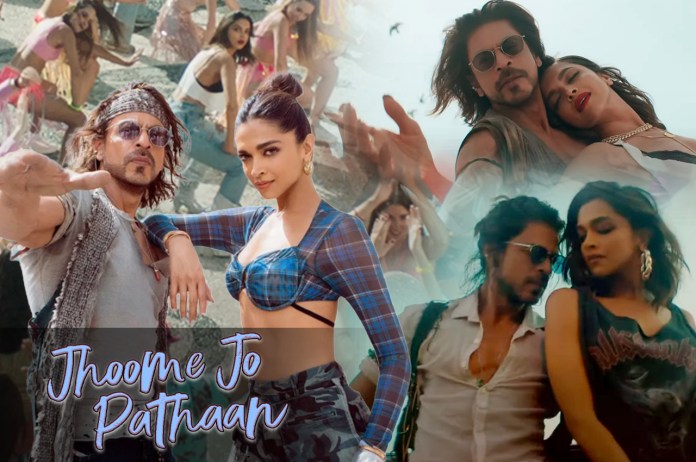 Jhoome Jo Pathaan: The makers of Shah Rukh Khan’s much awaited film Pathaan have unveiled the second song titled ‘Joome Jo Pathaan’ on December 22. The movie Pathaan also stars Deepika Padukone and John Abraham in the lead along with SRK. Helmed by Siddharth Anand, Pathaan will be releasing on 25th January 2023.

Coming to the song, Jhoome Jo Pathaan has been sung by Arijit Singh, Sukriti Kakar, Vishal and Sheykhar. The upbeat number has been composed by Vishal and Sheykhar. The lyrics are penned by Kumaar. The amazing moves by SRK and Deepika has been choreographed by Bosco-Caesar. Jhoome Jo Pathaan, with its overall aesthetics and thumping beats is surely going to be the party song this New Year.

Shah Rukh Khan uploaded a still from the next song on Wednesday, announcing that it will be released on December 22 at 11 AM (tomorrow). Both SRK and Deepika can be seen on the ad looking into the camera while dressed to the nines. Shah Rukh Khan penned these words alongside the poster: “”Jhoome Jo Pathaan…meri jaan…mehfil hi lut jaaye! Sabr rakhiye. Kal theek 11 AM! Waada raha Pathaan ka (Have patience. Tomorrow at 11 AM! Pathaan’s promise).” He added in his caption: “Celebrate Pathaan with YRF50 only at a big screen near you on 25th January, 2023. Releasing in Hindi, Tamil and Telugu.”

The song new song celebrates Pathaan’s style and Panache. Style-wise it is a modern fusion Qawaali.

Meanwhile, the film is all set to hit the theatres on January 25, 2023, in Hindi, Tamil, and Telugu. Produced by Aditya Chopra for Yash Raj Films,[1] it is the fourth installment in the YRF Spy Universe.

The fourth project that SRK and Deepika Padukone have worked on together is Pathaan. Om Shanti Om, a 2007 Bollywood film in which Deepika Padukone made her acting debut alongside Shah Rukh Khan, followed by Happy New Year and Chennai Express, in which they both co-starred, were all commercial successes.