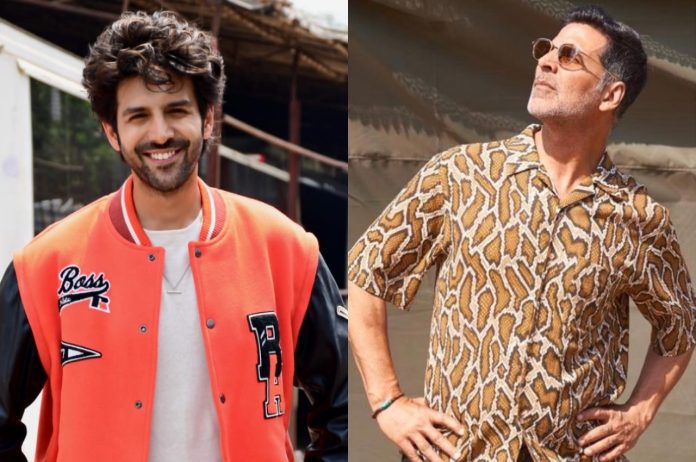 New Delhi: Bollywood’s epic comedy film ‘Hera Pheri’ is still the first choice of the audience. Its sequel ‘Phir Hera Pheri’ was also well-liked by the audience. At the same time, speculation about its 3rd part has also been intense for a long time. Earlier, there were reports that the trio of Raju, Shyam and Babu Rao would once again make the audience laugh. But according to the latest report, this will not happen now.

According to the news, Kartik Aaryan will be seen in place of Akshay in ‘Hera Pheri 3’, which fans have been seen disappointed to hear. This is very sad news for Akshay’s fans because they eagerly waited for this film for a long time. This news has not been confirmed by anyone but one of the main characters of the film ‘Babu Rao’ i.e. Paresh Rawal himself.

Each character of Hera Pheri is very special and memorable in itself. But Paresh Rawal’s character ‘Babu Bhaiya’ is everyone’s favourite. On Friday, Paresh Rawal, while replying to a fan’s tweet, confirmed Kartik Aaryan to be a part of the film. One of Akshay Kumar’s fan pages on Twitter tagged Paresh Rawal and asked, “@SirPareshRawal sir is it true that kartik aryan is doing Hera Pheri 3 ??” To this Paresh Rawal replied, ‘Yes it is true.’

In this upcoming film, Kartik Aaryan will be seen playing Akshay Kumar’s character Raju. The role was played by Akshay in the year 2000 film ‘Hera Pheri’ and the 2006 film ‘Phir Hera Pheri’. Both these films proved to be blockbusters at the box office.

While there are many reports of Hera Pheri 3 being made, the makers are yet to confirm this news and Kartik Aaryan’s association with the film. However, if this happens then this will be the second time that Akshay Kumar will be replaced by Karthik. For the first time, he replaced Akshay for Bhool Bhulaiyaa 2.

Kartik Aaryan was recently seen in ‘Bhool Bhulaiyaa 2’ opposite Kiara Advani. It is a sequel to Akshay Kumar’s 2007 film Bhool Bhulaiyaa. Kartik Aaryan is currently preparing for the release of the film ‘Freddy’ with Alaya F. The film will stream on Disney+ Hotstar from December 2.