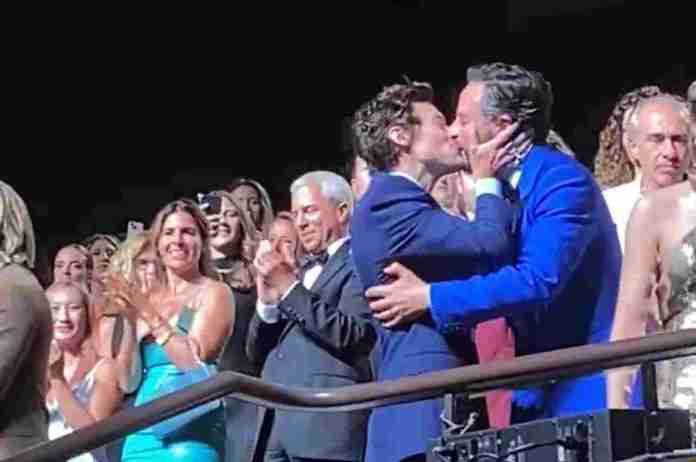 New Delhi: Popular singer Harry Styles grabbed all the eyeballs at the Venice Film Festival. The singer’s film Don’t Worry Darling received much love and applause during the screening at the film festival. However, this is not what the  Watermelon Sugar singer is making headlines for. The one moment that has the internet talking is Harry locking lips with co-star Nick Kroll.

After the movie’s premiere, Styles and Kroll can be seen in event footage stumbling upon each other in the crowd. The two actors, who are both dressed sharply in blue suits, embrace and kiss each other on the lips as onlookers applaud.

Netiznes have a lot to say after the kissing incident went viral online. The video has brought back the ‘Harry Styles is gay’ rumours yet again. See below how the internet is reacting:

hey (with the intention of showing you harry styles being gay) pic.twitter.com/7OwbIi04Xt

harry styles will always have more chemistry kissing men. look at the way he grabs their face. what is he? gay?! pic.twitter.com/CQV7JYIBTq