Happy Birthday Tabu: Check out some untold truths about the actor 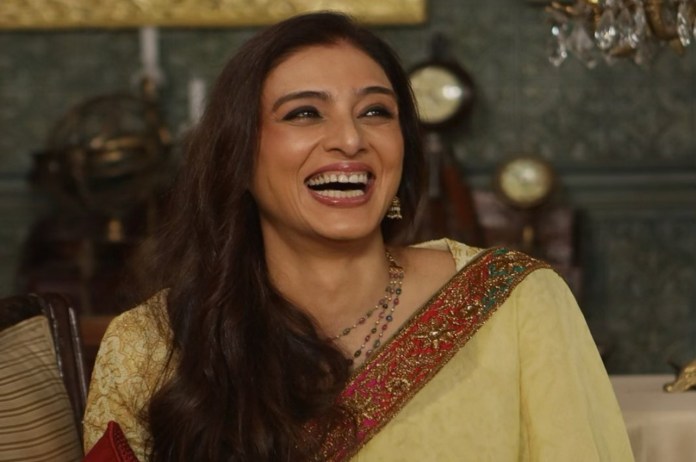 New Delhi: Tabu, who has made her mark from Bollywood to Tollywood, is not interested in any identity today. She has made a separate identity for her captivating performances and strong acting. Tabu has given more than one superhit film in the cinema. At the same time, today she is celebrating her 52nd birthday, and on this special day, here is some untold truth about the actor.

The full name of Tabu is Tabassum Fatima Hashmi. She was born on 4 November 1971 in Hyderabad. Tabu’s father’s name is Jamal Hashmi, and her mother’s name is Rizwana. Tabu has an elder sister Farha who is also an actress. But she later changed her name to Tabu and got recognition by this name.

Very few people know about Tabu that she did not belong to the film family, but her aunt Shabana Azmi is a big Bollywood actress, who has made a different identity in the entertainment world. Tabu had come to Mumbai in 1983 to study, and this turned her luck.

Tabu did not get much recognition but suddenly she got the film ‘Maachis’ and became an overnight star with this film. The magic of her acting was such that her name started ringing, and from this, her love story started but still, she did not get love to date, and did not get married yet.

Name associated with these stars

The name Tabu is associated with Sanjay Kapoor. Both of them met on the set of the film ‘Prem’ but due to some reason, the two parted ways. After this, her name was associated with filmmaker Sajid Nadiadwala but this relationship also did not last long.

The relationship lasted for 10 years

Tollywood superstar Nagarjuna came into Tabu’s life but he was already married. According to reports, Tabu and Nagarjuna were in a relationship for almost 10 years but when they felt that their relationship could not last anymore, both of them parted ways.

Will rock the screen again

Tabu always yearned for love but she never got the love she earned a lot of names in cinema. The actress has also worked on screen with Amitabh Bachchan, and today she is the top actress in cinema who is active in Bollywood as well as South cinema.

The fan following of Tabu is quite spectacular and wins the hearts of people with her simplicity. At the same time, she will soon be seen in the film ‘Drishyam 2’. At the same time, it is to be seen how much this film of her creates panic on the screen.