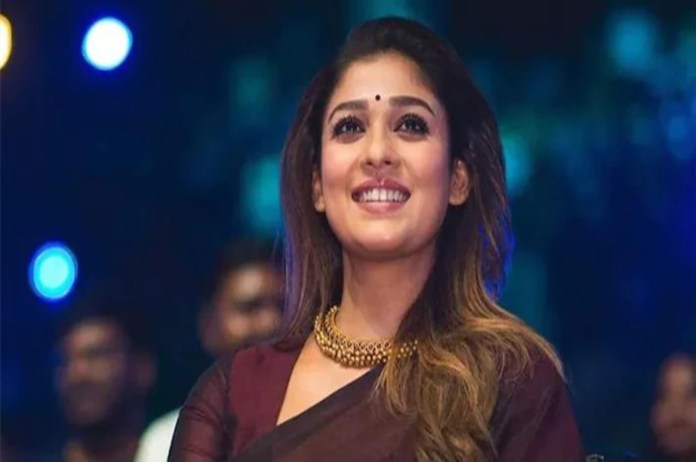 New Delhi: Nayanthara is among the top actresses in the South Indian industry. She has taken herself to a big stage by giving more than one film in the cinema. Nayanthara is known as ‘Lady Superstar’ in South Cinema. Today, the actress is celebrating her 38th birthday, and on this special day, check out some facts about her.

Nayanthara was born on November 18, 1984 in Bangalore. Her real name is ‘Diana Mariam Kurien’. She has worked in Tamil, Telugu and Malayalam films. Nayanthara’s father Kurian Kodiyattu was an Indian Air Force officer, so she completed her early studies at schools in many cities. After this, she joined a college in Thiruvalla to pursue a bachelor’s degree.

Nayanthara was born into a Christian family but later converted to Hinduism at the Arya Samaj Temple in Chennai, for which she received a certificate and was named Nayanthara. She also worked as a part-time model during her college days during this time a director got an eye on her and got a chance to work in films.

Worked in many languages

How she becomes ‘Lady Superstar?’

Nayanthara was awarded the Filmfare Award for Best Malayalam Actress for the film Puthiya Niyamam (Vasuki), which was her first Filmfare Award in Malayalam. With this, she won many awards in her name. With these superhit films, she came to be known as ‘Lady Superstar.’

Nayanthara was madly in love with this man

Nayanthara’s name was associated with the famous choreographer ‘Prabhu Deva’. There was news that both were about to get married but later got separated due to some reason. There was a lot of discussion about the love story of both. It is said that she was so madly in love with him that was ready to sacrifice everything. But Prabhu Deva was already married, and later there was a dispute between the two, after which the two separated in the year 2012.

When Nayanthara was fighting with life alone, Vignesh Shivan, director of South Cinema, married her. In the year 2015, the name of the actress started getting associated with director Vignesh Shivan and both of them dated each other for a long time and then got married on June 9, 2022. It was a grand wedding which was also attended by Shahrukh Khan, and now the couple is blessed with twins.

Nayanthara is also dominated by her beauty and today she is ruling the hearts of millions of people. Not only this, she is the most expensive actress in South Cinema. According to the report, she is the owner of 165 crores and charges 3 to 5 crores for a film.

The actress is now going to make her Bollywood debut in Hindi cinema with King Khan i.e. Shahrukh Khan’s film ‘Jawan’. After Malayalam, Tamil, Telugu, and Kannada, now it has to be seen how much the audience will like her in Hindi cinema.