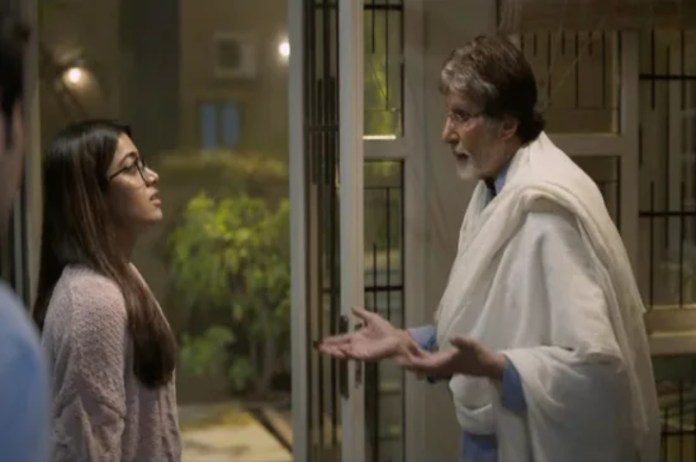 New Delhi: Amitabh Bachchan’s film Goodbye has a low start at the box office. The film hit the theatres on October 7. After collecting the Rs 1 crore mark on its first day, the film continued with low numbers and now it has not yet managed to cross the Rs 5 crore mark too.

The film has managed to gather only Rs 0.60 crore on day 5. Hence, its total box office collection would now stand at Rs 4.96 crore. The figure is low even after receiving positive reviews from critics. Amitabh Bachchan’s film Goodbye is struggling to cross the Rs 5-crore mark in India. The film has tough competition with Hrithik Roshan and Saif Ali Khan’s Vikram Vedha and Mani Ratnam’s Ponniyin Selvan: I. While Hrithik Roshan’s Vikram Vedha has struggled with box office numbers, PS-1 is ready to cross Rs 450 crore worldwide.

Talking about Amitabh Bachchan and Rashmika Mandanna’s film ‘Goodbye’, is a comedy-drama film, written and directed by Vikas Bahl. The music is given by Amit Trivedi and is co-produced by Ekta Kapoor. In the film, Neena Gupta, Pavail Gulati, Elli Aviram, Sunil Grover and Sahil Mehta are also seen in the lead roles.