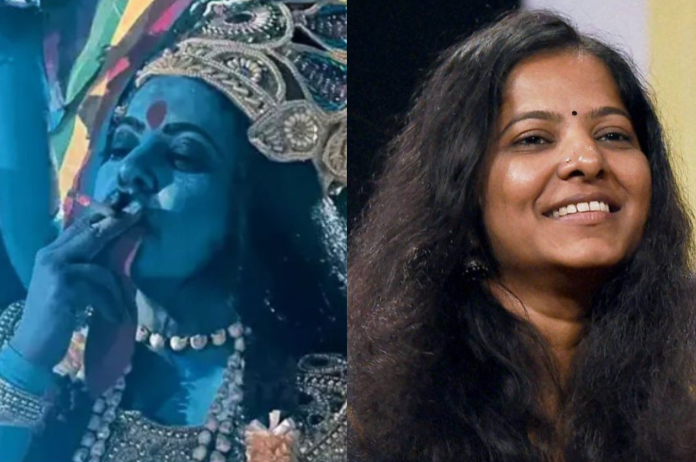 Goddess Kali poster row: The Supreme Court granted filmmaker Leena Manimekalai temporary protection from coercive action on Friday in connection with FIRs filed against her in multiple states over a controversial poster for her upcoming documentary film depicting goddess Kali smoking a cigarette.

On her petition, a bench comprised of Chief Justice DY Chandrachud and Justice P S Narasimha issued notices to the governments of the Centre, Delhi, Madhya Pradesh, Uttar Pradesh, and Uttarakhand. A watch circular has been issued against her, according to the Supreme Court.

The bench said, “No coercive action should be taken against the petitioner in respect of the FIRs lodged gainst her. At this stage, it may be noted that lodging of FIRs in multiple case may be of serious prejudice. We are inclined to issue notice so that all FIRs can be consolidated in one place in accordance with law.”

Manimekalai’s attorney, Kamini Jaiswal, said that there is no desire to offend religious sensibilities.

Manimekalai’s petition sought to consolidate and dismiss the FIRs filed against her in Delhi, Uttar Pradesh, Madhya Pradesh, and Uttarakhand over the poster, which depicts Manimekalai dressed as goddess Kali smoking a cigarette while carrying a pride flag.

In addition, the filmmaker has requested an ex-parte stay of criminal proceedings stemming from these FIRs.