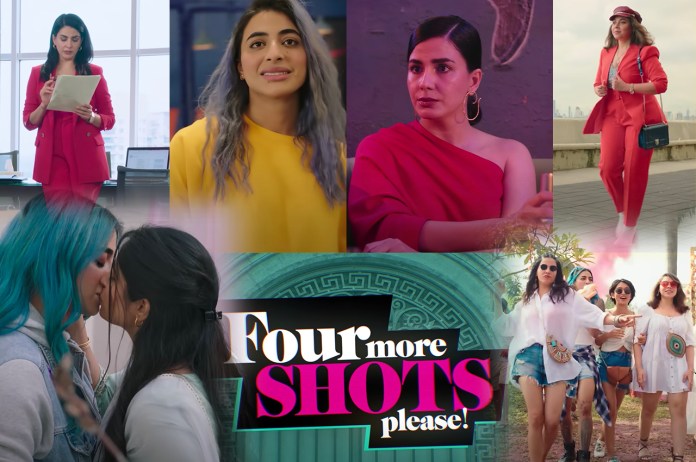 Four More Shots Please 3 trailer shows four friends – Anjana Menon (Kirti Kulhari), Damini Roy (Sayani Gupta), Siddhi Patel (Maanvi Gagroo) and Umang Singh (Bani j). In this season, they seem to be starting life with a new resolution. However, like every time, this time also they will prove to be unsuccessful in living life according to their resolve and rules. Life will turn all four according to which the beauties will have to be moulded even if they do not want to.

The trailer begins with the girls partying and hanging out. The previous season ended on a cliff, where Damini had to choose between Prateik Babbar’s Jeh and Milind Soman’s Dr Amir, and the trailer revealed that she went with Jeh as the two seem to be kissing each other. Siddhi promises to spend the new year with good love life and romance.

Umang has a new girlfriend, played by Shilpa Shukla, and decides to run away from conflict with her family. Amid her romance with Jeh, Damini promises to remain single and focus only on her work, while Anjana announces that she will become the main partner in his law firm and stay away from married men.

The series is produced by Pritish Nandy Communications, Rangita Pritish Nandy and Ishita Pritish Nandy. The third season of the Emmy-nominated Amazon Original is directed by Joyta Patpatia. Its streaming will start on Prime Video on October 21.