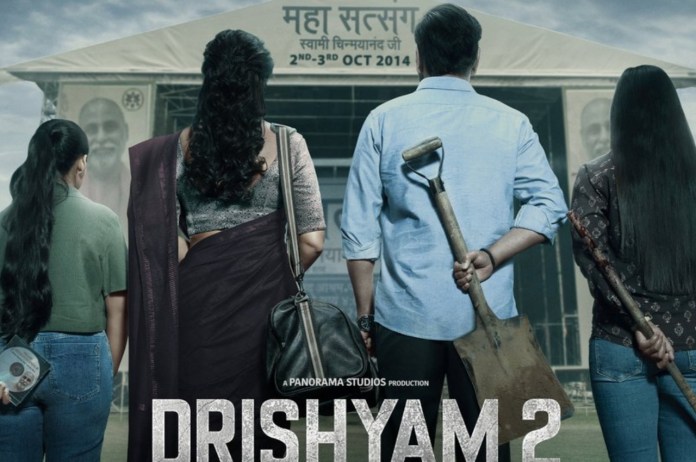 New Delhi: Drishyam 2, which was directed by Abhishek Pathak, has reached a century! On November 18, the movie with Ajay Devgn, Tabu, and Akshaye Khanna debuted in theatres. The movie managed to join the Rs 100-crore club after just seven days in theatres and is still doing well financially. It has been breaking numerous records at a time when many Bollywood heavyweights are having financial difficulties. Drishyam 2 earned Rs 104 crore on Day 7.

On November 18, Abhishek Pathak’s Drishyam 2 had a phenomenal debut at the box office. On Day 1, the movie brought in Rs 15.38 crore at the domestic box office, and even then, its takings have been rising daily. Trade reports claim that the film has now surpassed the Rs 100 crore mark! The Ajay Devgn-starring film made more than Rs 100 crore in just seven days, which is no small accomplishment. The film collected Rs 8.70 crore at the box office on Day 7, November 24. As a result, the movie was able to earn a total of Rs 104.74 crore at domestic box offices. On Day 7, the film’s Hindi occupancy was 16.04 per cent overall.

The film outperformed popular Bollywood films like Bhool Bhulaiyaa 2, Gangubai Kathiawadi, and The Kashmir Files during their opening weekends. Additionally, it might rank among the highest-grossing Hindi movies of 2022.

The film is directed by Abhishek Pathak, the movie has been produced by T-series and Panorama Studios. The film also stars Shriya Saran and Ishita Dutt in pivotal roles.

Did Anshula Kapoor find her prince charming? Check who is this mystery man Rohan Thakkar