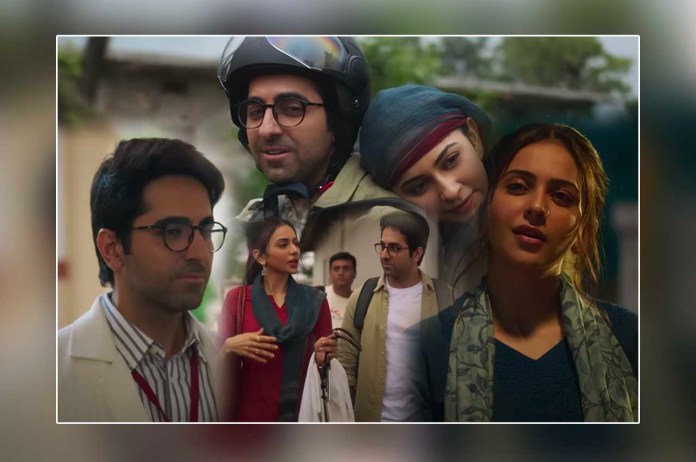 New Delhi: Since the release of its trailer, Doctor G and the fun-filled journey of a hopeful orthopaedic who turns gynaecologist and his struggles being the only male doctor in a class full of women, portrayed by Ayushmann Khurrana has garnered so much love and excitement, and have left the audiences wanting more. Junglee Pictures has now released the first song ‘Har Jagah Tu’ from the medical campus comedy-drama that is sure to melt your hearts with its soulful melody.

After getting a glimpse of the two peppy tracks heard in the trailer, here is the romantic song ‘Har Jagah Tu’ the first song to release from the album. Going along with the theme of the song, ‘Har Jagah Tu’ brings along a romantic poster encapsulating the developing chemistry between the lead pair.

This melodious track has been composed by Sultan Sulemani and the lyrics are by Kumaar. The song is beautifully sung by Raj Barman shows a glimpse of the feelings of Dr. Uday Gupta for his crush Dr. Fatima Siddiqui played by Ayuhmann Khurrana and Rakul Preet respectively.