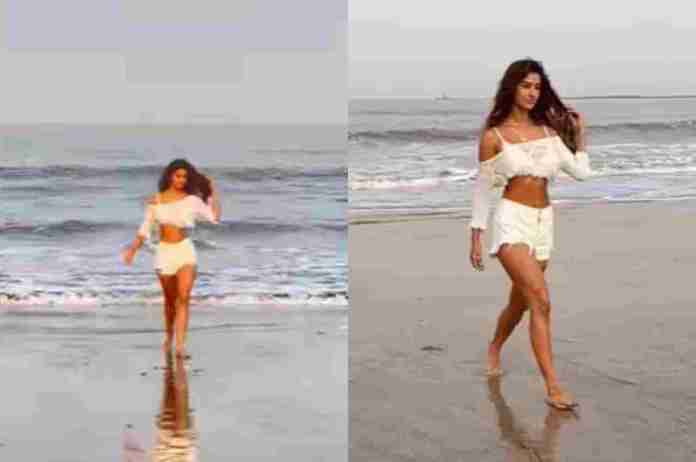 New Delhi: Disha Patani is gearing up to have a banger weekend. The actor, on Friday, took to her Instagram space to share a fun video of herself. In it, Disha is seen having a gala time on beachside looking like all chirpy. The actor is dressed in a white mesh top paired with matching denim shorts. Taking a stroll around the beach, the actor seems to be having all the Friday feels. Well, Disha has all the reasons to be ecstatic as her recent release Ek Villain Returns is doing a good job at the box office. Sharing the happy video, the actor wrote in the caption – “#EkVillainReturns”. Check out Disha’s video below:

Talking about the film, Disha, in an interview recently, said, “I am a huge fan of the first one – Ek Villain. But Ek Villain Returns is a completely different story. First one was more about the hero and this one is more about the villains. As an actor I have a bigger scope of experimenting with grey as compared to white or black,” says Patani.

She further added, “We all have grey shade in us, none of us are perfect and none of us are only positive or only negative; your true character comes out depending upon the situation and that is what we are trying to show through this film. And one thing I can confidently say is that until the end you won’t know what is happening in the film.” “I really loved watching thrillers, horror films, action, action-comedies since childhood. I feel I am somehow attracting these sorts of genres now. I watch a lot of Korean shows and I recently watched a Korean show called Stranger Than Heaven,” adds Patani

New Delhi: Fresh rumours are in the air about Tiger Shroff and his rumoured...
Education

New Delhi: Fresh rumours are in the air about Tiger Shroff and his rumoured...
Education