Deepika Padukone gets brutally trolled for her airport outfit: VIDEO 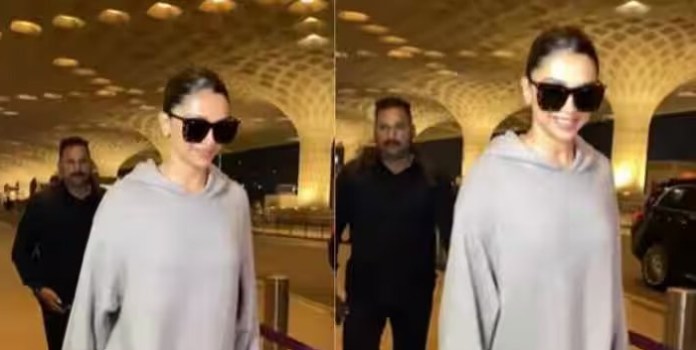 New Delhi: Deepika Padukone is an actress well-known for her fashion sense, style, and acting prowess. Even the critics praised the actress for her performance in the upcoming action movie “Pathaan.” It appears that her recent sense of clothing has upset several online users. The actress was recently made fun of for her attire at the FIFA World Cup final, and internet users are once again talking about her look.

Deepika was recently spotted exiting the airport wearing a full-length woollen grey outfit and black sunglasses. Fans, however, didn’t like how she looked and began making fun of her in the comments.

Some of the fans also trolled her for wearing sunglasses during night time. “What’s with the glasses at night time?,” a user wrote.

However, several of her devoted followers also praised her appearance in the comments area, adding heart and fire emojis.

In the meantime, Deepika Padukone is getting ready for her upcoming movie “Pathaan,” which will star Shah Rukh Khan and John Abraham and be released on January 25, 2023. On January 10, the movie’s trailer was published, and fans enthusiastically received it. Her fourth film with superstar Shah Rukh Khan, “Pathaan,” also marks SRK’s comeback to the silver screen following a lengthy absence of four years.