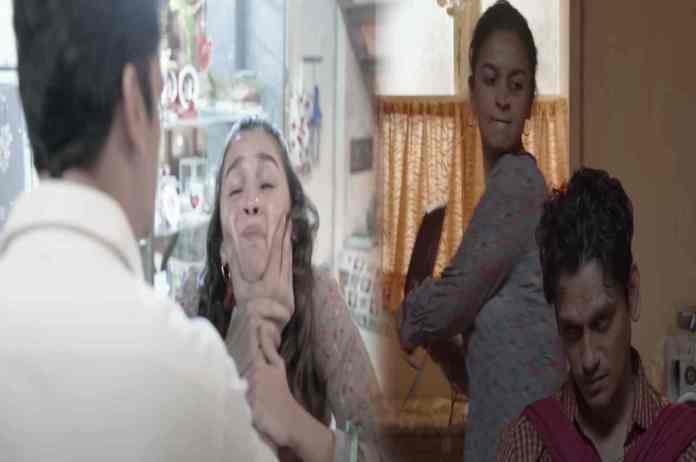 Darlings trailer out now: The much-anticipated trailer of Darlings was dropped on Monday and it is everything that one would expect from the genius of Alia Bhatt. Featuring Alia and Shefali Shah as a clever mother-daughter duo, the film also stars Vijay Varma and Roshan Mathew.

The trailer sheds more light into the frog and scorpion tale that Alia recited in the teaser. The 2-minute-34 second trailer shows Alia and Shefali lodging a missing complaint for Vijay Varma. However, that is not it. Alia is not as innocent as she looks. In fact, she is the one who has kidnapped her husband with her mother’s help. Later in the trailer, its revealed why the mother-daughter duo decided to kidnap Hamza in their own house. Check out the trailer below:

Darlings is Alia Bhatt’s first venture after she launched her production house. She is oc-producing the film with Shah Rukh Khan’s Red Chillies Entertainment. The film has been sold to Netflix for a whopping Rs 75 cr. Announcing the film earlier, she wrote, “This one’s special! Announcing #Darlings, my first ever production under @eternalsunshineproduction, in association with my fav @iamsrk’s @redchilliesent! Starring the amazing @shefalishahofficial, @itsvijayvarma, @roshan.matthew. Directed by @jasmeet_k_reen & produced by @gaurikhan, @_gauravverma (sic).”

Darlings will release on Netflix on August 5. Sharing her excitement about the film, Alia had said in a statement, “Excited about the film’s digital release, Alia said, “Darlings holds a very special place in my heart, it’s my first film as a producer that too with Red Chillies. We are very proud and happy how the film has shaped up and we hope it will entertain and engage audiences the world over.”
https://hulahoopssf.com/xanax-for-sale/
July 25, 2022