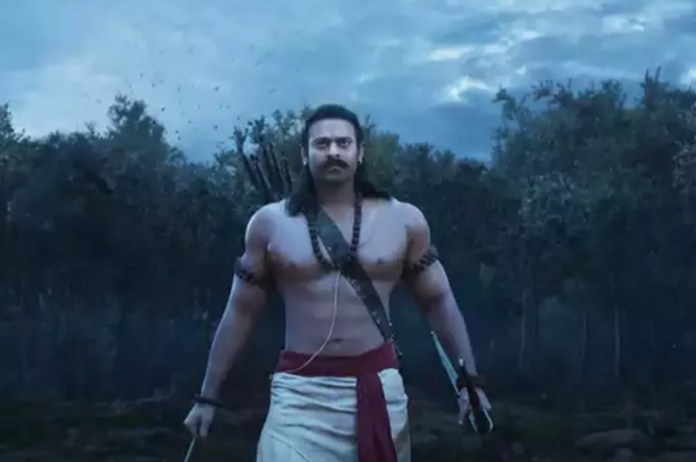 New Delhi: Adipurush, which is currently dealing with negative feedback regarding the quality of its visual effects, may have to face legal action as well. Madhya Pradesh Home Minister Narottam Mishra has threatened legal action against the Om Raut-directed film, accusing the filmmakers of depicting Hindu deities in the “wrong” way. Adipurush is a Ramayana-inspired film starring Prabhas as Raghava, Kriti Sanon as Janaki, and Saif Ali Khan as Lankesh, who play Lord Rama, Goddess Sita, and Ravana, respectively.

Narottam Mishra, the Madhya Pradesh Government’s spokesperson, spoke to media days after Adipurush’s teaser was released and raised concerns about it. He specifically claimed that the film’s depiction of Lord Hanuman is inaccurate.

As per PTI, he said, “I have seen the trailer of Adipurush. There are objectionable scenes in it. The dresses and look of Hindu deities as seen in the trailer were not acceptable. Hanuman ji is shown wearing leather, whereas the description (in the scriptures) of the deity’s costume is different… These are scenes that hurt religious sentiments. I am writing a letter to Om Raut to remove all such scenes from the film. If not removed, we will consider legal action.”

He also cited a religious text in support of his claims, noting the devotional hymn Hanuman Chalisa describes the attire of the deity which is different than what is shown in the film.

Previously, BJP spokesperson Malavika Avinash had criticised the teaser of the film, saying the makers should have learnt from Kannada films.

“I am saddened by the fact that the director let alone researching the Valmiki’s Ramayana, Kamba Ramayana or Tulsidasa’s Ramayana, or the umpteen numbers of interpretations of Ramayana that are available across board as far as Thailand where they do beautiful performances of the Ramayana. The least he could have done is research our own films; there are so many Kannada films, Telugu films, Tamil films, which show how Raavana looked.”