COKA 2.0 Song Out: Vijay, Ananya rock in their desi avatar 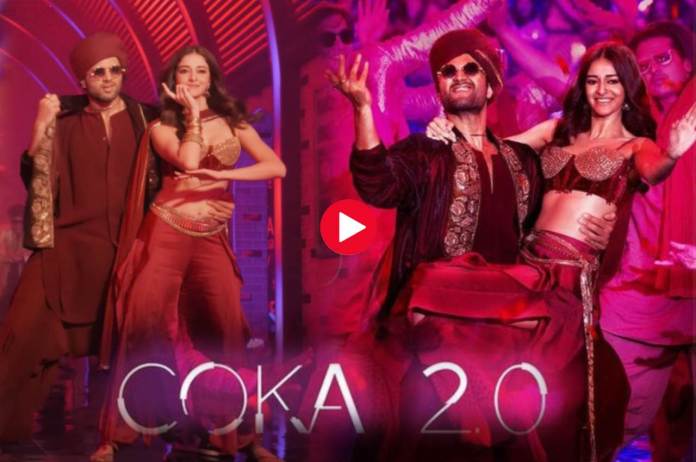 New Delhi: The makers of Liger have dropped its fourth song titled Coka 2.0. It features Vijay Deverakonda and Ananya Pandey in all their gladsome form. The song is a remix version of the music video Coka composed by Jaani, featuring Alankrita Sahai.

Coca 2.0 presents Vijay and Ananya in a full desi Punjabi avatar. The track is composed by Jaani, Lijo George, and Dj Chetas; penned by Jaani, and sung by Sukhe and Lisa Mishra.

Speaking of the totality of the song, it’s another remix version that Bollywood has been doing for the last few years now. But as soon as the music dropped, it is liked by the people, especially seeing Vijay in a Punjabi desi look is a treat to the eyes.

Taking to his Instagram story, Vijay has shared the glimpse from the song and also the poster of Coca 2.0.

Even Ananya Pandey took to her social media handle and shared the song’s poster. She captioned it, “#COKA2.0-The Celebration of #Liger.”

Previously, the makers have released Liger’s third song Aafat which has been loved by the fans. The was a romantic number capturing the leads in sizzling chemistry.

The Telugu version of Aafat is voiced by Simha and Sravana Bhargavi, Tamil is sung by Deepak Blue and Haripriya, Malayalam is by Manzoor Ibrahim, and Jyotsna Radhakrishnan and the Kananda version is crooned by Santosh Venky & Divya Ramachandra.

Puri Jagannadh’s upcoming Indian sports action film ‘Liger’ is all set to release on 25 August 2022. The film stars Vijay Deverakonda alongside Ananya Panday, Ronit Roy and Ramya Krishna in pivotal roles. Mike Tyson is playing a cameo role in Liger. The film will release in Hindi and Telugu.