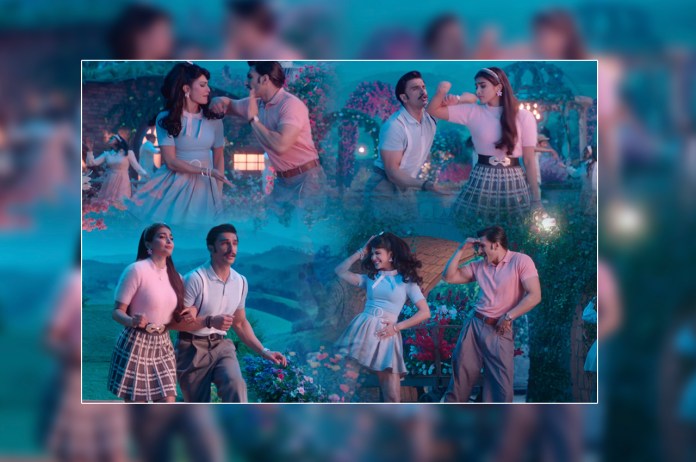 Cirkus Song Aashiqui: The makers of Ranveer Singh starrer Cirkus unveiled yet another song titled, ‘Aashiqui’ on December 21. It’s a magnificent homage to the 1960s and Ranveer Singh is given the opportunity to shine unlike ever before.

Cirkus, a film by Rohit Shetty, is getting ready for release on December 23. The film also features Jacqueline Fernandez and Pooja Hegde in the lead roles.

Speaking of the song, Aashiqui is sung by Badshah and Amrita Singh. The retro track has been composed and penned by Badshah himself. The song features Ranveer, Jacqueline, Pooja Hegde and all other cast of Rohit Shetty’s film.

The supporting actors, including Johnny Lever, Varun Sharma, and others, start the song’s music video by gyrating on some stairs. After a little period, the actor playing a different part enters with Jacqueline. Ranveer and Pooja begin dancing to the opening track. The video’s set design and all of the performers’ outfits evoke a different era.