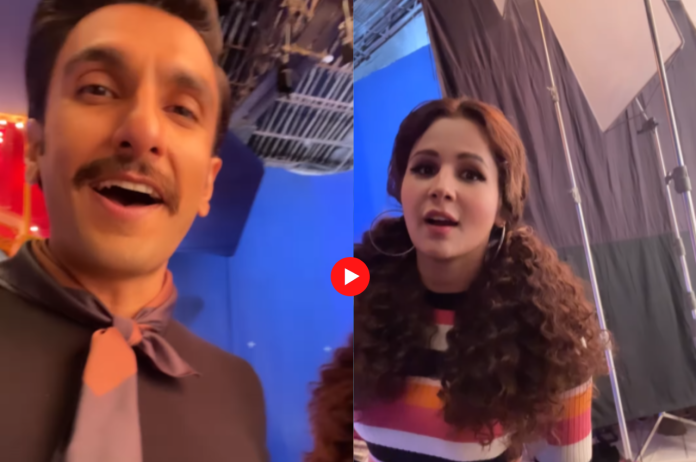 K-Pop enthusiast Radhika Bangia has worked in films like Irada, Welcome Back, and Gehraiyaan, to name a few. In a brief behind-the-scenes video, Radhika, who will now co-star with Ranveer in Cirkus, interacts with the actor while teaching him a few Korean words. Radhika introduces Ranveer Singh as “Oppa” in the opening of the video, which means “older brother/male friend.”

Ranveer too repeats the word. The actress then greets him and says, “Annyeonghaseyo”, which means hello. Ranveer quickly adds, “Saranghae (I love you).” The caption for the video read, “Happy to be K-Drama and K-Pop influence to Ranveer Singh.”

As soon as Radhika shared the reel on her Instagram handle, fans took to the comment section with compliments. One fan wrote, “Badhiya. You go girl. Poore Bollywood ko K-Drama fan bana do (Great. Make Bollywood a K-drama fan)”. Another user asked, “Did he know that he was saying I love you in Korean?” One more user wrote, “Want to see Taehyung and Ranveer’s collab. Same vibe.”

The Cirkus soundtrack recently included a new song called Aashiqui, which stars Jacqueline Fernandez, Pooja Hegde, and Ranveer Singh. The upbeat song is a tribute to the 1960s because the dancing and the imagery may easily transport one there. Amrita Singh and Badshah perform the song’s vocals. Farhad Samji wrote the screenplay for Cirkus, which is directed and produced by Rohit Shetty and Bhushan Kumar. Release day for the comedy-drama is set for December 23, 2022.