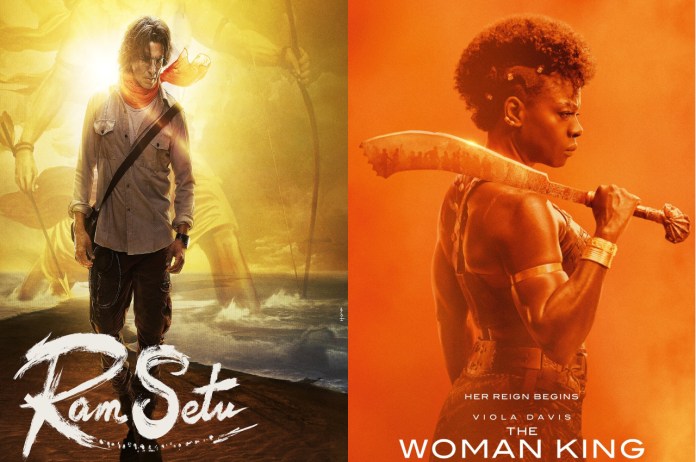 New Delhi: Bollywood, Hollywood, and South cinema have plenty to give in the coming month. Films of the most important stars from the country are prepared to entertain the fans on the large screen. From heartfelt drama to action, horror and thriller, numerous genres will try to impress the viewers. Check out the entire list of new releases in October 2022.

The film is all set for a theatrical release in India on October 5. The historical epic movie features Oscar winner Viola Davis. Helmed by Gina Prince-Bythewood.

The family drama movie GoodBye, features Amitabh Bachchan, Rashmika Mandanna and Neena Gupta in lead roles. The film is all set to release on October 7.

This comedy movie Nazarandaaaz is all set to release in cinemas on October 7. The film features actors Kumud Mishra, Divya Dutta and Abhishek Banerjee in lead roles.

The film is slated to be released in cinemas on October 14. The campus comedy-drama stars Ayushmann Khurrana and Rakul Preet Singh. The film marks the directorial debut of Anubhuti Kashyap.

The film Double XL starring Sonakshi Sinha and Huma Qureshi and will arrive in theatres on October 14. The comedy drama explores stereotypes around body weight.

The film starrer Harshvardhan Rane and Sonia Rathee will be out in theatres on October 14.

The film has been nominated as the official entry for the Oscars race next year and will be released in theatres on October 14.

The thriller film starrer Parineeti Chopra and Harrdy Sandhu. The film will be released in cinema halls on October 14. Helmed by Ribhu Dasgupta.

This horror film is the next instalment in the Halloween franchise, Halloween Ends. It will be released on October 14.

The much-anticipated film stars Dwayne Johnson alongside Sarah Shahi and Noah Centineo. The film will be out in cinema halls on October 21.

The light-hearted comedy film stars Ajay Devgn. Sidharth Malhotra and Rakul Preet Singh. It will be released on October 25.