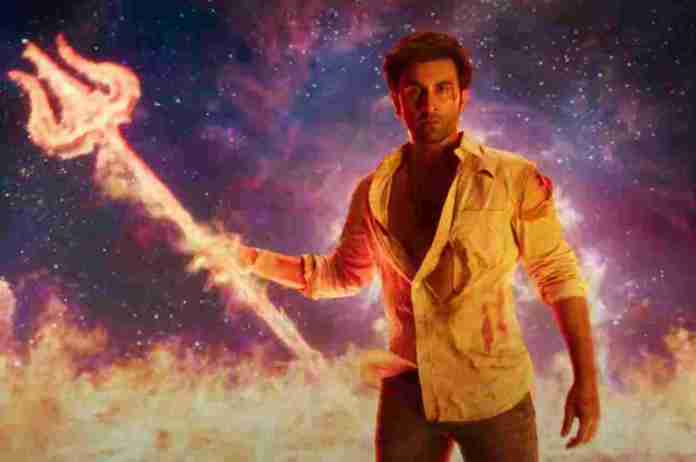 New Delhi: With only three days until its premiere, Brahmastra, starring Ranbir Kapoor and Alia Bhatt, has already made the largest advance during the pandemic period. For its first day, the Ayan Mukerji-directed film sold just under 1 lakh tickets through PVR, Inox, and Cinepolis, three national chains.

As of 9 pm data, the film at 92,000 ticket sales is marginally lower than RRR (1.05 Lakh tickets) and Bhool Bhulaiyaa 2 (1.03 Lakh tickets) and by the time of article going live, it would have come closer to the 1 lakh mark. It will surpass the two movies by morning and clock the second-largest advance of 2022, behind KGF 2. (4.11 Lakh tickets).

In terms of nett and gross collections, the film has already gone past both RRR and Bhool Bhulaiyaa 2, as the multiplexes have gone ahead with blockbuster pricing for Brahmastra.

It will surpass 83 (1.17 lakh tickets) by Tuesday noon to set a pandemic record for the largest advance for an outright Hindi film, and then it will start chasing the bigger pre-pandemic fishes like Mission Mangal (2.71 lakh tickets), Tiger Zinda Hai (2.76 lakh tickets), Sanju (2.94 lakh tickets), Dangal (3.05 lakh tickets), and Sultan (3.10 Lakh). Brahmastra’s final advance will be among the highest of all time, and starting on September 9, the movie’s trajectory will be decided by how well its content holds up. For the opening weekend’s advance sales, Brahmastra has sold roughly 1 lakh 92 thousand tickets through the three national chains.

How Boycott Bollywood trend is working?

The numbers are surprising considering the ongoing #BoycottBollywood trend which has shown no mercy, even to superstars. Ranbir’s last film Shamshera, aside from bad reviews, fell prey to the trend. Aamir Khan’s Laal Singh Chaddha and Akshay Kumar’s Rakshabandhan could not survive the trend, too. Vijay Deverakonda’s Liger failure despite mass following and heavy promotions tanking at the box office is the fresh example of the effect that the trend has had on Bollywood.

Brahmastra stars Alia Bhatt and Ranbir Kapoor in the lead roles. Amitabh Bachchan, Nagarjuna Akkineni and Mouni Roy with Shah Rukh Khan in cameo play key roles in the film. The Ayan Mukerji directorial was announced in 2014. Bankrolled by Karan Johar, Brahmastra is the costliest Hindi film of all time.