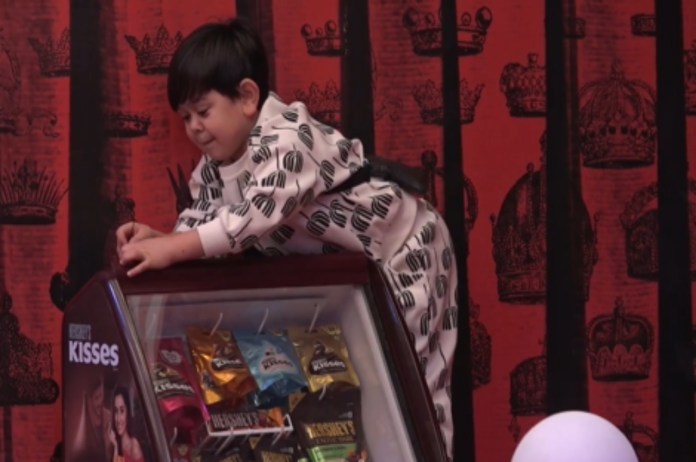 Bigg Boss 16: Fights are being seen in the show for a long time. Everyone is attacking each other to win the game. At the same time, after watching the fight, a video has now surfaced on social media. In the video, Abdu Rozik is seen stealing chocolates and has once again made the atmosphere of the house happy, and the members of the house are having a lot of fun.

The video of Abdu Rozik has been shared by Colors TV on its Instagram account. A chocolate box is kept, and Abdu Rozik is trying to break the lock of the chocolate box. In the video, Abdu says that he wants all these chocolates because he loves chocolate and tries every trick to steal it.

The lock of the chocolate box is not broken

Abdu Rozik is trying to break the lock of the chocolate box but the lock is not breaking. After this he gets tired and then Shiv calls him out after which he goes to Mc Stan and has fun. Fans are losing heart over his cuteness after watching this video of Abdu Rozik. He has made a different place in the hearts of the people of India and his fan following has also increased.

Abdu Rozik is the best player in the ‘Big Boss 16’ show who is playing games with his mind. At the same time, the fans are also supporting him and he is giving tough competition to the rest of the contestants. Abdu Rozik is also known as Chhota Bhaijaan, and it remains to be seen whether he becomes the winner of the show.

Keep watching Bigg Boss 16 every Monday to Friday at 10 pm and Saturday-Sunday at 9 pm only on Colors and watch it anytime on Voot.