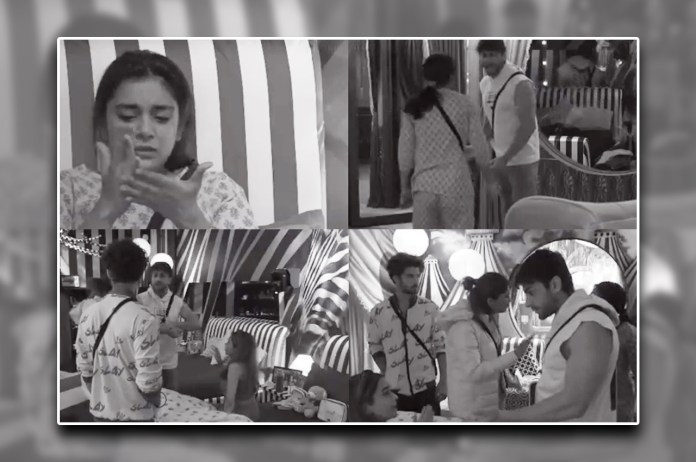 Bigg Boss 16: Fans like Colors TV’s popular show ‘Bigg Boss 16’ a lot. Sometimes there is love, and periodically there is a fight in this house, but now everyone in this house is running on their own, and there is constant fighting in the house, after which the contestants got down to abusing and fighting, whose videos are becoming fiercely viral on social media, and fans are giving a lot of reaction.

Huge fight in the house

This video of ‘Bigg Boss 16’ has been shared by Colors TV on its Instagram account, in which Tina and Sumbul are talking about their friendship and have seen everyone’s friendship. After this, Shalin comes in the middle and then there is a fierce fight between the three. In the same video, Tina says that she keeps holding Shalin all day long. It is clear from this that Tina is not like the friendship of Shalin and Sumbul, due to which the fight between the two friends is increasing continuously.

Another video has surfaced of the house in which Tina gets hurt after which Shalin comes, and then gradually the whole house unites one by one. Meanwhile, MC Stan says something, after which there is a fierce fight between Shalin and MC Stan, and both come down on abuse. Not only this, both try to raise their hands on each other, but all the contestants of the house try to pacify both of them. Looking at the video, it seems that this time everyone is doing anything for which they will have to face the punishment.

What will be the reaction of Salman Khan?

In ‘Bigg Boss’, on one hand, Tina and Sumbul’s friendship seems to be breaking because of Shalin, and on the other hand, there is a tussle between MC Stan and Shalin. Both of them crossed their limits, after which the fans are also trolling both of them. And now it has to be seen what will be the consequences of this act, only Salman Khan will tell.