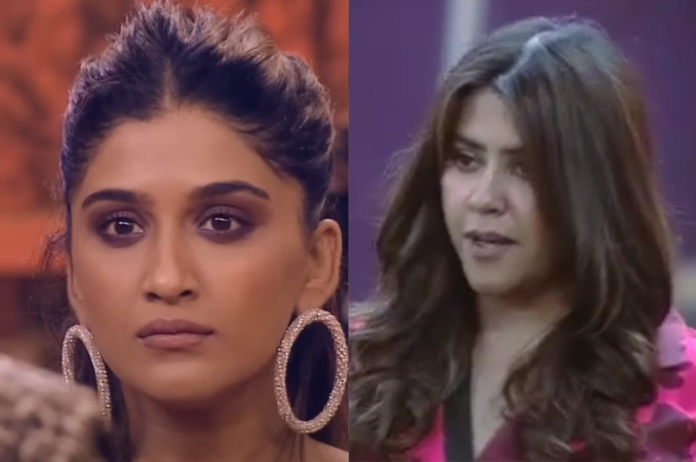 Bigg Boss 16: Bigg Boss 16 premiered on October 1 with 17 candidates, and only Shalin Bhanot, Shiv Thakare, Tina Datta, MC Stan, Nimrit Kaur Ahluwalia, Sumbul Touqeer, Archana Gautam, Soundarya Sharma, and Priyanka Choudhary made it to the top 9. These candidates are preparing for the finale week and are going above and above to amuse the spectators.

This season had it everything, from shocking evictions to unexpected wild card entrants, and it garnered a lot of praise from fans. Abdu Rozik, the audience’s favourite competitor, recently left Bigg Boss 16 on his own accord, breaking many hearts. Following that, Sajid Khan made an emotional goodbye from the show.

The producer will appear on Weekend Ka Vaar alongside Dibakar Banerjee in the upcoming episode. Ekta and Dibakar will enter the Bigg Boss house to promote their new film Love, Sex, Aur Dhokha 2. They also disclosed that the film is based on a Bigg Boss-style reality show. The contestants were given a segment from Ekta Kapoor’s show to reproduce as a type of audition for the film. As a result, Nimrit and Shiv Thakare performed a scene from Naagin 1. Nimrit played Naagin (Mouni Roy) and Shiv played Nevla. Ekta and Dibakar were so impressed by Nimrit’s performance that they offered her a role in Love, Sex, Aur Dhokha.

Abdu Rozik and Sajid Khan, who left the show on their own will, appeared in the Weekend Ka Vaar episode yesterday. In the Weekend Ka Vaar episode, Abdu and Sajid appeared alongside host Salman Khan. The trio had a good time interacting with the participants. Sajid would divulge the identities of the contestants who were true members of the’mandali.’ ‘Mandali for me is made up of four people: Abdu, Shiv, MC, and myself, not six. ‘We four were pals, and we naturally became a mandali,’ Sajid was reported as adding.