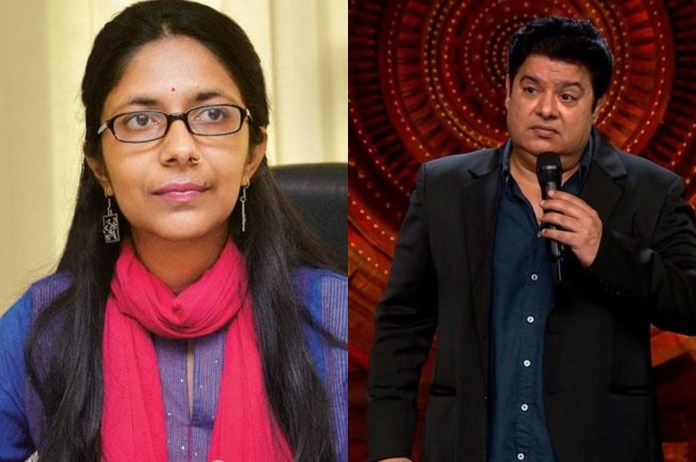 New Delhi: Sajid Khan’s entry in Bigg Boss 16 has sparked further debate on the credibility of #MeToo movement across India. Several celebrities and social media users slammed the event and the channel Colors TV for giving the director a platform despite repeated sexual assault charges against him. Swati Maliwal, the chairperson of the Delhi Commission for Women, has now come out against his admission and urged that he be removed from the famous reality TV show.

On Monday, the DCW chief resorted to Twitter to discuss Sajid Khan, saying that the countless accusations against him demonstrate his ‘disgusting attitude.’ Swati Maliwal also said that she contacted Union Minister of Information and Broadcasting Anurag Thakur about the issue.

She tweeted in Hindi, “Ten women had accused Sajid Khan of sexual harassment during the #MeToo movement. All these complaints show the disgusting mentality of Sajid. Now, this man has been given a place in Bigg Boss, which is wrong. I have written to @ianuragthakur to have Sajid Khan removed from this show.”

She also wrote, “While there is a public outcry against Khan’s inclusion in the show, the makers of the show are refusing to remove him, as they apparently gain TRP ratings and viewership due to the ensuing controversy.”

Mandana Karimi, one of the women who accused Sajid during the MeToo movement, has now spoken out against his Bigg Boss participation. Sona Mohapatra, Devoleena Bhattacharjee, Uorfi Javed, and Saloni Chopra all spoke out forcefully against it.

The Indian Film and Television Directors’ Association (IFTDA) banned Sajid for a year in 2018 when the charges arose. Farhad Samji took over as director of Housefull 4 in his place.